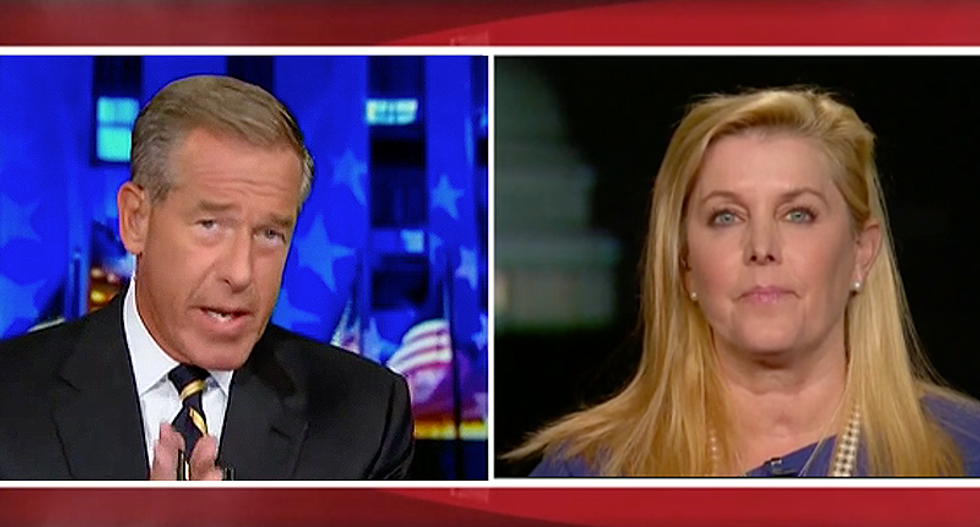 While many might relish in the success of Supreme Court nominee Brett Kavanaugh's accuser appearing before Congress to tell her story, one former sex crimes prosecutor finds it idiotic that there's no investigation.

"I was a sex crimes prosecutor," said Cynthia Oxney. "That's the way I started as a prosecutor, and I've looked at hundreds of those cases over my career. It really is a base credibility balancing and we won't be able to know that until she testifies."

She noted that was why it was disturbing to her to see Sen. Orrin Hatch (R-UT) already proclaim he didn't believe her and she was "mistaken."

"He has never spoken to her," Oxney continued. "He's never read her statement. He doesn't know anything about her polygraph. He doesn't know anything about her statement to her husband or to the psychiatrist or anybody else she ever spoke to about this before it was released. So it's hard to believe that he could be allowed to make a credibility determination since he's already made up his mind."

She went on to say that Sen. Mazie Hirono (D-HI) that the FBI should investigate and move forward before the committee and the Senate moves forward.

"It is going to be a credibility balancing act, her credibility with the prior consistent statements, and the polygraph, which is very unusual in a case like this," she continued. "We don't polygraph rape victims ever. So, you would never have a rape case or attempted rape case or sexual assault case with a polygraph because we would never do that. So, that's interesting. Judge Kavanaugh had an issue and Sen. [Patrick] Leahy (D-VT) has accused him of being untruthful with the committee, so it will all play out on the credibility front."

Oxney noted investigators never throw witnesses up on the stand in front of the jury as their first action. It's simply not how the criminal justice system works.

"First, there's an investigation by people who are specialized in doing investigations," she continued. "And then there is a discussion with the police or the FBI, and actually in rape cases, more often the police because it's usually a state crime. But you would have a discussion between the prosecutor and the investigating agency, and you make a decision about how to go forward. And they spend time with the victim and you decide what to do next. You don't just throw everybody on national television. That's a dumb way to do an investigation and it doesn't serve Judge Kavanaugh well and it doesn't serve the victim well."

Host Brian Williams brought up Sen. Lindsey Graham's (R-SC) comment that he was "surprised" the accuser hadn't already decided to tell her story after hiring a lawyer and taking a polygraph. Oxney called it nothing more than Graham being "snarky" and "unhelpful."

"Having a polygraph -- there is a lot of talk, back and forth, about polygraphs because of television and what people think about polygraphs," said Oxney. "I don't do the polygraphs myself, but as someone who has used polygraphs in numerous cases, they are a wonderful tool in the prosecutor's toolkit to figure out who is being deceitful and who isn't. I think it's amazing she passed that polygraph. In fact, I would love it if maybe Judge Kavanaugh want to get -- we call it getting on the box. Maybe Judge Kavanaugh wants to get on the box, and while he's there, let's ask him if he's going to overturn Roe V. Wade."