Former federal prosecutor: 'You see what he'd be like as an angry and belligerent drunk -- it was scary' 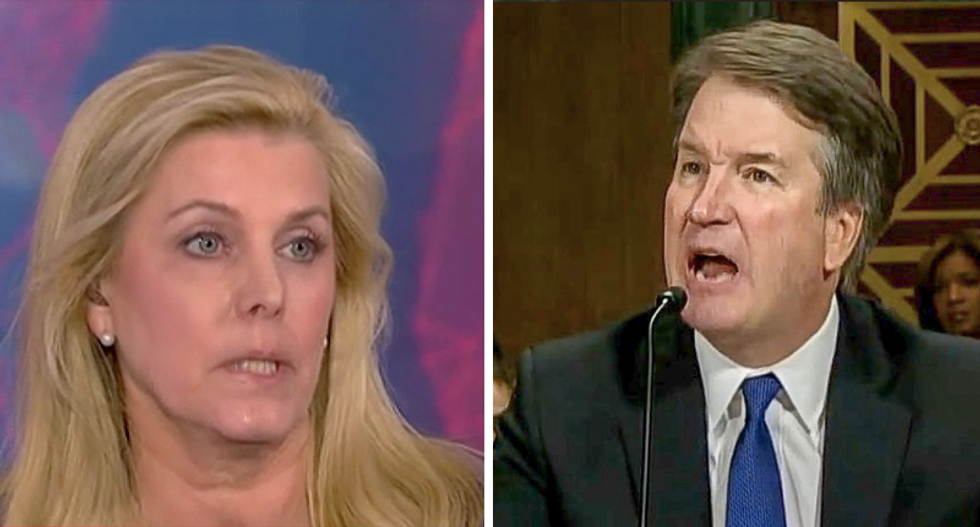 During the panel discussion that preceded the opening, host Nicolle Wallace said that she knows Kavanaugh very well and she's never seen him act in the manner that he did.

But it was former federal prosecutor Cynthia Alksne that called the incident a childish rant.

"I thought it was a temper tantrum," she said. "He wants to be on the Supreme Court, and he's not going to be. And he has in fact, it's been human carnage. He has been humiliated, and he's angry and you get the feel that you have a feeling for what he's like when he is, as his roommate, from Yale described him, when he drank that he could be an angry and belligerent drunk. He didn't seem drunk. I'm not indicating that, but he was angry and belligerent and it was kind of scary."

She noted that it's not typical for anyone to see a judge behave that way much less a Supreme Court Justice.

She said that it is clear he did himself a great disserve in his role as a judge and in his attempt to become a Supreme Court Justice.

"Whether or not the American people think his outrage is justified and as a result, he didn't do these things. I guess we'll have to wait and see on that. But as a judge, he's hurt himself immeasurably," she closed.

Wallace later also said that it was strange to hear him mention the word "beer" as many times as he did. After working with him for years, she said she never once heard him talk about beer.