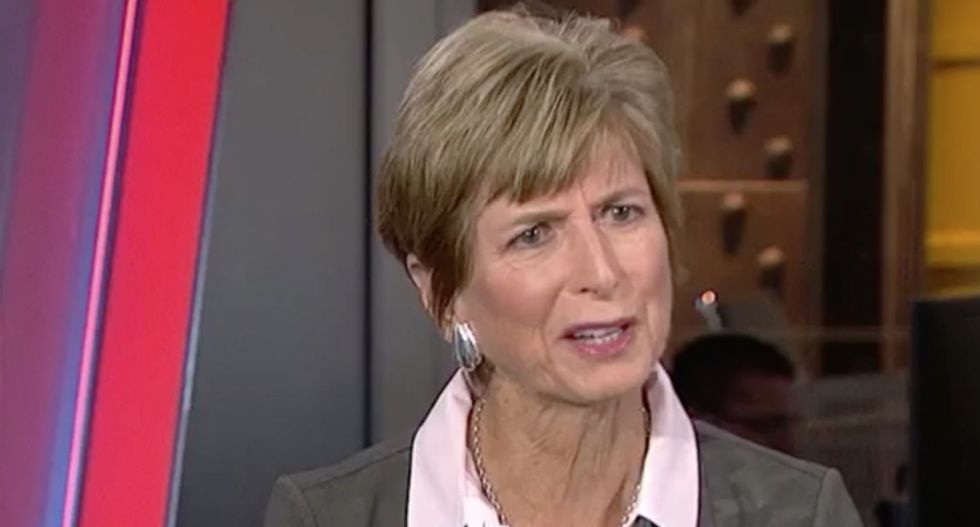 Former New Jersey governor Christie Todd Whitman, a lifelong Republican, offered nothing but scorn and disdain for her party in a Monday appearance on MSNBC, where she told host Stephanie Ruhle, "I laugh at Republicans," and predicted their defeat in the 2018 midterm elections, largely due to their treatment of women over the past two years. In 2016, the party stood by then-nominee Trump, who got caught on tape boasting about grabbing women by the genitals, and went on to back Alabama's Roy Moore, accused of pedophilia, for Senate in 2017. The GOP is currently locked in a tight battle over their Supreme Court nominee, Brett Kavanaugh, accused by three women of sexual assault and misconduct.

"I think where we'll see the difference is in November. You have more women running for office at all levels. " Governor Whitman said. "And that's what will change things. You have to get in there."

Whitman openly mocked her party, which has fallen under scrutiny for their treatment of Kavanaugh accuser Christine Ford, who says the nominee tried to rape her when she was 15.

"I laugh when I hear the Republicans saying we're going to bring in a female lawyer," Whitman said, predicting that Judiciary Republicans -who are entirely elderly, white, and male- will only bring their party more trouble with the Kavanaugh hearings. "You want to say, 'why didn't you put more women on committee? Why don't you encourage more women to run'?"

"If you look, the numbers for the legislature, for the House and the Senate, are enormously tilted to the Democrats," Whitman added. She also told Ruhle the GOP line on Kavanaugh was "totally unacceptable" to her, and shamed the women defending Kavanaugh.

"All boys don't do it," she said shaking her head. "I was married for 41 years and my husband never did that kind of thing and there was never that accusation. Believe me, we were investigated by the FBI be too before I took the office."