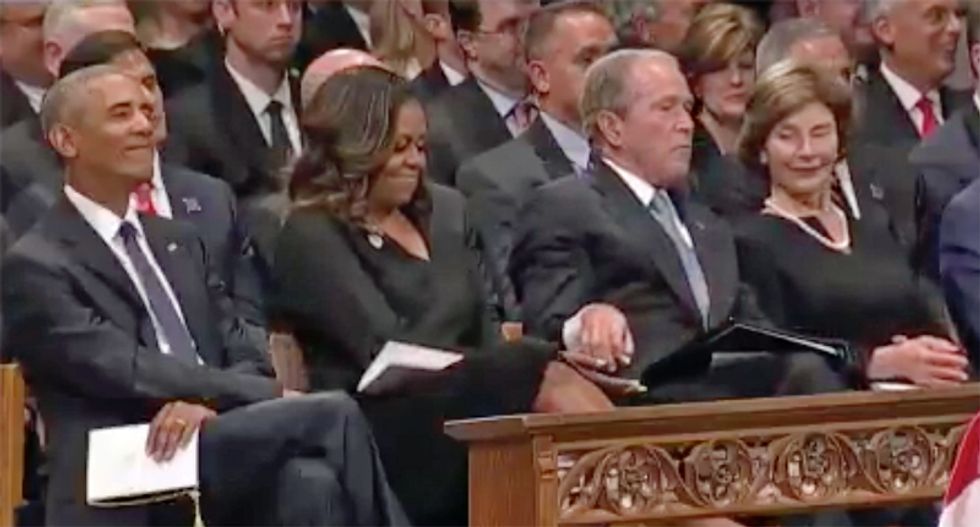 John Weaver and Steve Schmidt both served on McCain's presidential bids and joined MSNBC, where they are contributors, for coverage of Saturday's ceremony at the National Cathedral.

"This is America's rebuke to the current president and the politics of division and hate," Weaver explained to MSNBC host Chris Matthews. "That's what's on display here, Chris."

"What you see, particularly in the remarks by the two former presidents, is defiance," Schmidt observed. "Defiance against this low and vile moment in our politics."

"A push back, a rebuke, to this terrible moment in American life, this moment of meanness, cruelty," Schmidt concluded.