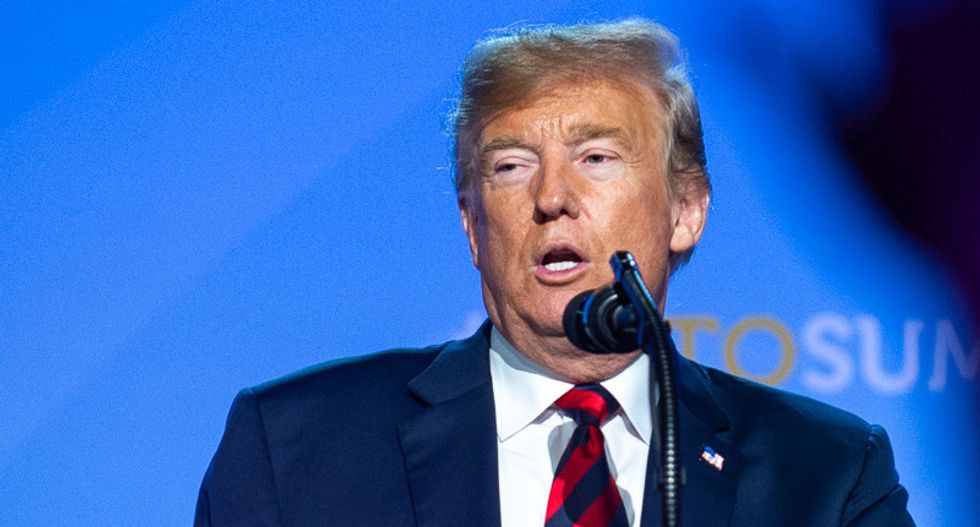 That contradiction and moral flexibility pretty much defines today’s Republican Party. Which is a big reason why, last winter, I made the decision to leave the party after more than 15 years to become a member of the Democratic Party.

Candidly, I’m still getting used to the idea of calling myself a “Democrat.” Whenever I talk or write about Republicans, my first instinct is to use the pronoun “we” instead of “them.” But the more I see from the Republican Party in this time of Trump, the more I am convinced that this is a political party I want no affiliation with in any way, shape or form.

As time has gone on, the Republican Party and those who align with it have proven to be, to put it mildly, ideologically inconsistent and all too willing to apply different standards to different people.

For years, Republicans like House Speaker Paul Ryan of Wisconsin were rhetorical champions of fiscal restraint and responsibility. Yet in reality, Ryan and his Republican cohorts have happily increased budget spending and budget deficits when it suits their personal priorities.

On the one hand, Trump and congressional Republicans doled out more than $1 trillion in tax cuts, mostly for millionaires and billionaires. On the other, this week, Trump informed Congress he was rescinding a pay raise for civilian federal workers because “we must maintain efforts to put our Nation on a fiscally sustainable course.”

Vice President Mike Pence famously made a show of walking out of an NFL game in 2017 because he would “not dignify any event that disrespects our soldiers, our Flag, or our National Anthem.” Where was this concern for dignity and our soldiers when Trump declared that the now-late Sen. John McCain (R-Ariz.) was “not a war hero because he was captured.” Where is the concern for our servicemen, servicewomen and families when the Trump-Pence administration has just eliminated financial protections for military members who are targeted by predatory lenders?

Speaking in support of making then-Sen. Jeff Sessions (R-Ala.) the attorney general, Sen. John Cornyn (R-Texas) accused the Obama Justice Department of putting “politics ahead of national security, and demonized those who protect us. It’s time to end the politicization of the Justice Department and start defending the rule of law.”

Cornyn, now the second-ranking member of the Senate Republican Conference, took no issue, however, with Trump revoking the security clearances of former CIA Director John Brennan for purely political reasons.

Republicans like Cornyn love to talk about the “rule of law,” but are completely silent when U.S. citizens and military veterans are being detained at the border and are having their passport applications denied because they are guilty of being Hispanic.

For the past three decades, the Republican Party has cast itself as the party of morality and family values, but has taken no issue with its own leader being credibly accused of sexual assault. For all the talk we hear from conservatives about protecting the institution of marriage, they can’t seem to find any words when it comes to Trump’s adulterous past, which could very well include fathering illegitimate children.

The scary reality of today is that there is no ideological consistency or moral compass guiding the Republican Party in this time of Trump. In the absence of a principled philosophy is this dangerous mentality that the state is right and everyone else is wrong. Even more troubling is the trend that anyone who has the audacity to exercise the constitutionally protected right to question the government is labeled an “enemy of the people.”

This lurch toward authoritarian extremism is the most destructive thing happening to our country right now. It is a disease that has contaminated the entire Republican Party and threatens to destroy the very fabric of our republic. Right now, American citizens are having their rights upended and their freedoms suspended. The First Amendment is under siege. The national security institutions we rely on to protect us are being compromised and dismantled. Criminals are being hailed as heroes.

Meanwhile, an NBC/GenForward poll released this week reported that 55 percent of millennials say they will “probably or definitely vote” in the midterm elections. That means 45 percent of millennials are either not planning to vote or are uncertain about what’s at stake in the upcoming election. Let’s be clear: The stakes could not be any higher.

When you get that phone call asking you what party you belong to and how you’re planning to vote this November, realize that the entire tide of our country is depending on your participation. When you walk down the street and someone with a clipboard asks you if you’re registered to vote in the upcoming election, remember that if you are not, you are voluntarily giving someone else the power to decide the kind of world you will be living in.

We’ve seen what two years of absolute Republican rule has done to our country. On Nov. 6, ask yourself: Do you think our country can survive two more?