Former Trump Org exec sounds the alarms on the president's behavior: 'Much worse than when I worked for him' 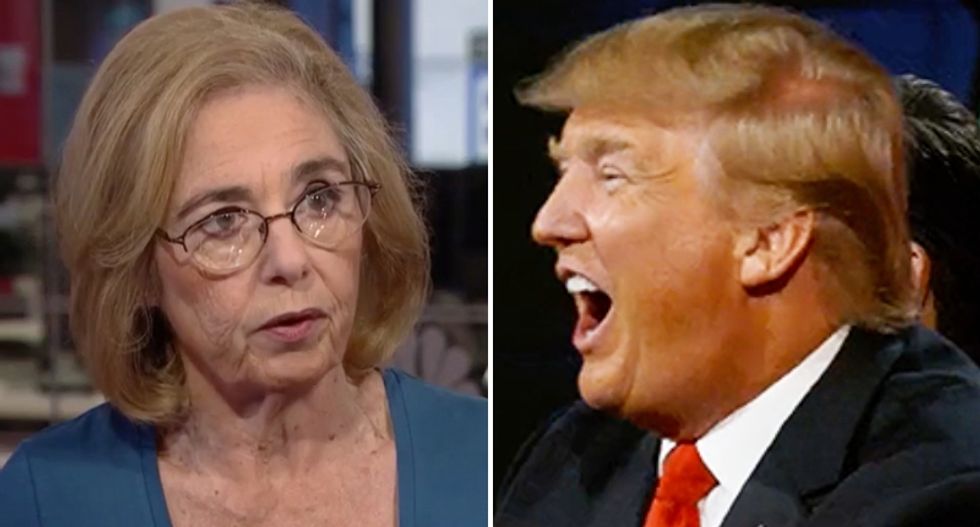 A former Trump Organization executive noted in an MSNBC interview Wednesday that although Donald Trump was a terrible boss when she worked for him in the 1980's and early 90's, he "may be much worse" now.

"He may be much worse than he was when I worked for him," former Trump Organization executive Barbara Res told MSNBC's Ari Melber. "We were able to control him and we had a good crew."

Melber asked Res if Trump is "less controllable today" than he was when she knew him and she said he likely is.

In a column published earlier in the day by the New York Daily News, Res revealed a number of jarring historical anecdotes about Trump, including his demand that architects remove braille writing from the elevators in Trump Tower.

In those days, the former executive wrote, there were still people who were willing to stand up to him publicly — unlike the anonymous staffers who spoke to veteran journalist Bob Woodward for his new book or the senior official who penned an op-ed for the New York Times last week.

Comedian Baratunde Thurston lauded Res for writing the column because it "reminded us so many of the things we've known about Donald Trump — the lying, the cheating, the narcissism and the bullying."

Later in the interview, the former Trump Org executive said that although remaining anonymous opened the president's aides to being called "cowards," she doesn't doubt the veracity of their claims.