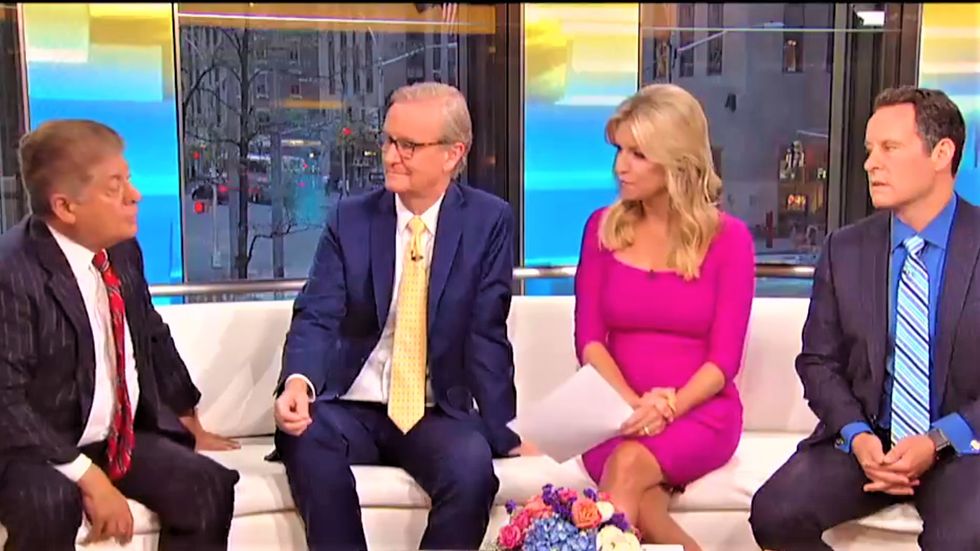 In particular, Napolitano turned a critical eye to Trump's tweet attacking Sessions for letting the Department of Justice file charges against Reps. Chris Collins (R-NY) and Duncan Hunter (R-CA), who were respectively indicted on charges related to insider trading and campaign finance fraud.

The Fox analyst said it seemed inappropriate for Trump to weigh in and say the DOJ should not be investigating his congressional allies because it could hurt the party in the midterm elections.

"This is evidence of serious crime here," Napolitano said. "And there can't be two standards: One for members of Congress -- Republican members of Congress -- and one for others. It is the duty of the Justice Department to prosecute crimes when they find them and to bring indictments when a grand jury has decided there's enough evidence there."

Later in the segment, Napolitano said that such tweets could be used by Mueller to potentially prove corrupt intent in an obstruction of justice charge.

"When the president says these things -- basically, 'I want to you use Justice Department to help the Republican Party' -- that is fodder for the cannon of Bob Mueller," he said.