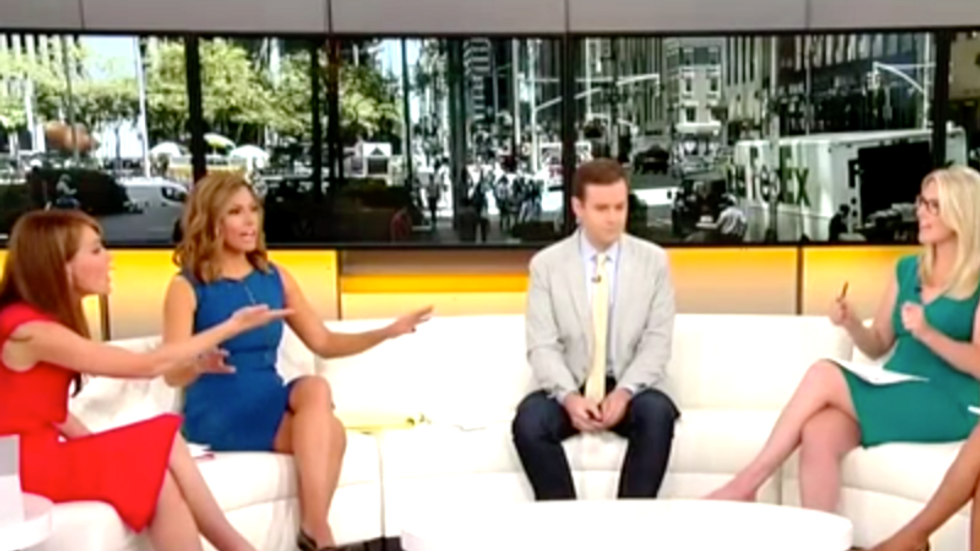 President Donald Trump has boasted about the booming economy under his leadership. On Monday, a Fox panel debated whether or not the economy would be a hot-button issue for Republicans to focus on in the November election.

During the discussion, Fox Business host Dagen McDowell began yelling at Fox News analyst Marie Harf after Harf argued that the growth of the economy has been stagnant under Trump.

"A percentage of the country rated the economy fair or poor. Obamacare polled 11 points higher than tax cuts which are not underwater," Harf said. "Yes, the economy is wonderful in many ways, but Republicans would be remiss to ignore that there is anxiety over these things -- rising health care costs, which are going to continue going up in September, and the fact that inflation is higher than real wages.."

McDowell chimed in and starting shouting at Harf. "It's not high, wages are growing faster than inflation. Period."

"Let me finish," Harf said. "Real-time wages are not growing fast for the middle class and places that matter in this election. You can talk about the numbers all you want."

She added, "There's anxiety about the economy. I'm saying that Republicans need to pay attention to not take a victory lap."