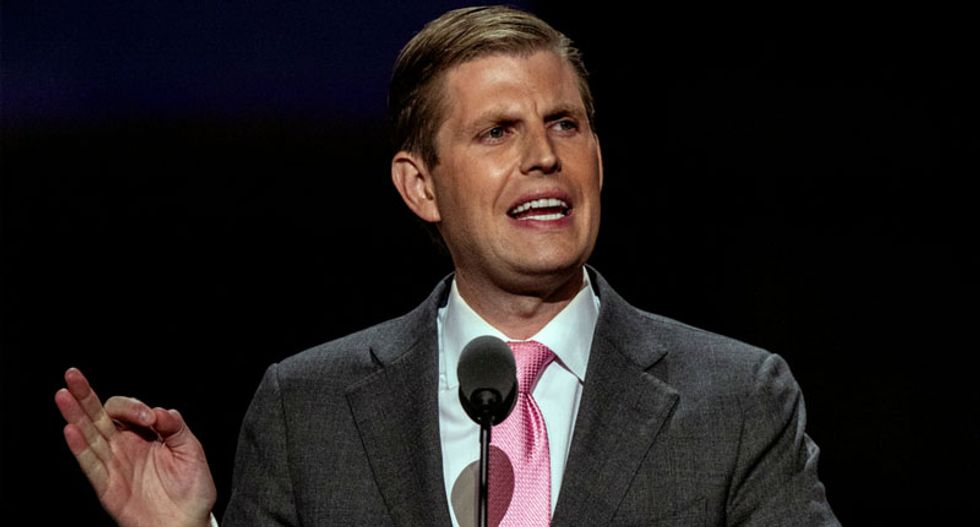 Eric Trump appeared on a Fox News podcast on Thursday where he denied basic facts about the Obama economy and argued with the host about basic statistics about the economy under President Obama.

Eric Trump started by repeating his father's lies about the economy growing an unprecedented rate.

"Name a quantifiable measure in our society that's not better off now than it was 20 months ago," Trump said.

"When you say it's the fastest-growing economy we've ever had, that's not really the case," host Dave Anthony said. "Even during the Obama administration... Obama had growth of 5 percent."

"He did, he had a 5 percent quarter," Anthony said.

"Alright, I would go back and check that very carefully," Eric Trump said.

Eric Trump then claimed that Obama "drove pretty much every company out of the country."

"Maybe it's because I'm a businessman, I look at quantifiable things not sound bytes," Eric Trump said.

Listen to the podcast here.