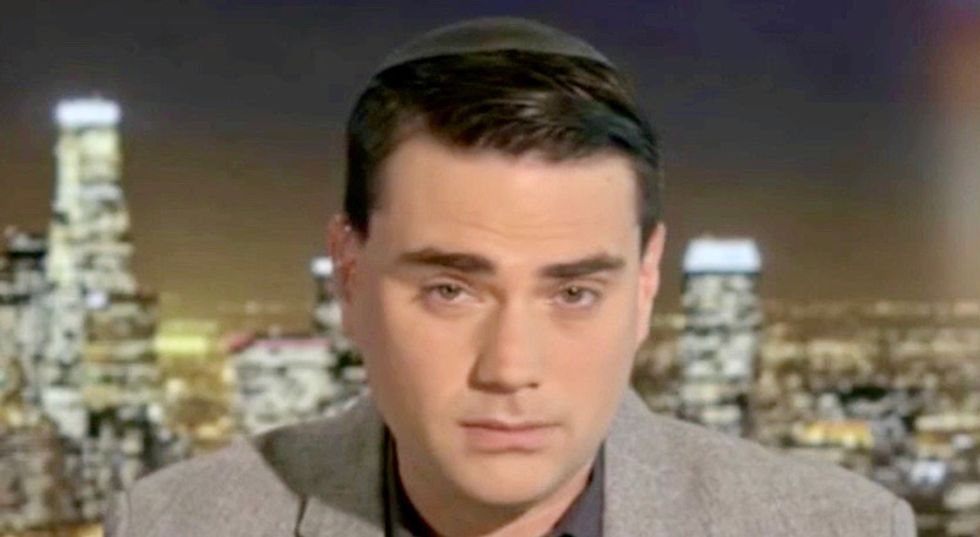 Trump-loving conservative Ben Shapiro is beginning a new Fox News show in the coming weeks, and on Saturday he appeared in Jesse Watters show to discuss it and the current state of the Kavanaugh nomination.

Shapiro said that there is "no evidence" of the violent sexual assault Dr. Christine Blasey Ford describes, which she revealed for the first time over the summer and which has not been investigated by any law enforcement agency.

Shapiro said that Blasey Ford "should be pretty eager to testify about this, presumably under oath."

Shaprio, who graduated from Harvard Law School before beginning his career decrying the "elites," appeared to become confused about the nature of a Senate Judiciary Committee hearing, referring to Kavanaugh's accuser a "plaintiff" and the nominee as a "defendant."

"They've been setting up poison pill conditions for the hearing, that just cannot stand, like Kavanaugh's supposed to testify before she does," Shapiro said. "In what situation has a defendant ever testified before a plaintiff? It doesn't work that way."