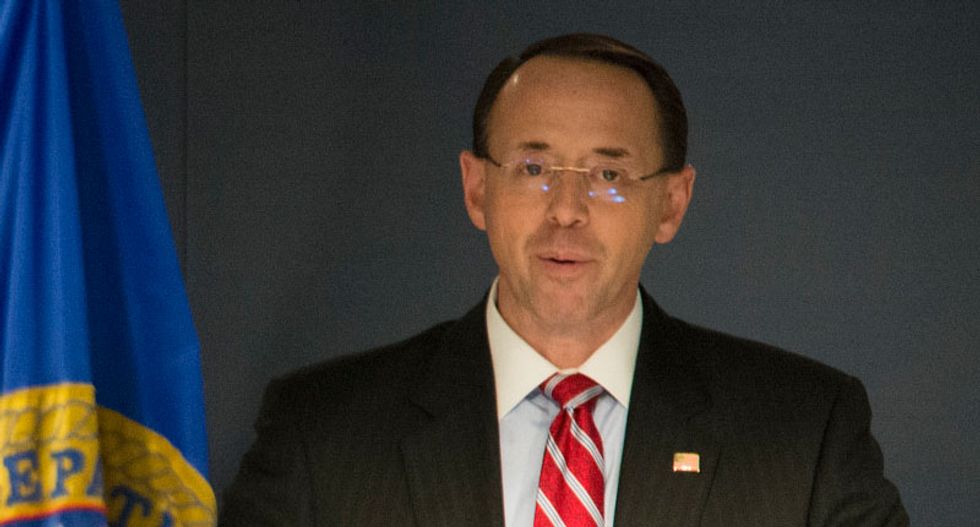 On Monday, Axios reported that Deputy Attorney General Rod Rosenstein is resigning, raising alarm about his potential replacement and the ramifications for the Russia probe.

Over the course of the morning, reporters and lawmakers questioned the veracity of the report, wondering if the publication had been burned by a strategic White House leak.

Even Fox News hosts speculated that the Trump administration had issued a false report in order to distract from sexual assault allegations against Supreme Court nominee Brett Kavanaugh.

"He was here for a previously scheduled meeting, somebody blew the dog whistle," Fox News host Kennedy said. "There's a reason that all those cameras are trained on the White House right now and perhaps it's because what is the one thing we are not talking about right now? We are waiting with bated breath to see what happens to Rod Rosenstein and to learn of his fate. We are not talking about judge Brett Kavanaugh."

Another host disputed her claim, insinuating she was floating a conspiracy theory.

"I don't think it's conspiratorial," Kennedy shot back. "Just seeing how this White House has operated and how the press responds to what the White House is doing,” she said.," she said. "In this White House, it always seems to thrive on chaos."