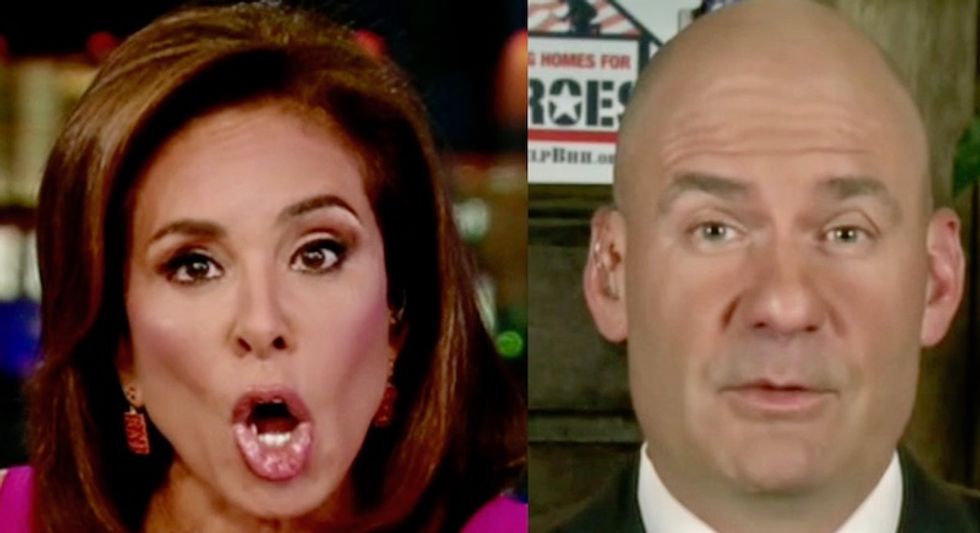 Fox News host Jeanine Pirro dedicated much of her Saturday night show to discussing the nomination of accused attempted rapist Brett Kavanaugh to the Supreme Court.

Things got tense in a segment where Pirro invited a Democratic strategist, Chris Hahn, on to debate the accusations against Kavanaugh. Hahn maintained that since Kavanaugh is be considered for a lifetime appointment and has never been approved of by the voters, who generally oppose him, there should be no rush to hear out Dr. Christine Blasey Ford.

"No one disagrees with that, let her talk," Pirro said. "But if it's a he said-she said, there is no way you're going to decide this.

"Well, judge, there is another witness that could be called," Hahn said. "His name is Mark judge."

Hahn's reference to Kavanaugh's friend—a recovering alcoholic who wrote about his debauched youth in a memoir in which the nominee is referred to as Bart O'Kavanaugh—sent the host into a rage.

"Mark Judge said it never happened!" Pirro screamed. "He doesn't want to get involved in this!"

"Well, you know what: He doesn't want to perjure himself, is what it sounds like to me," Hahn said.

"Don't accuse him on that!" Pirro screamed. "Alright, I'm going to stop!"