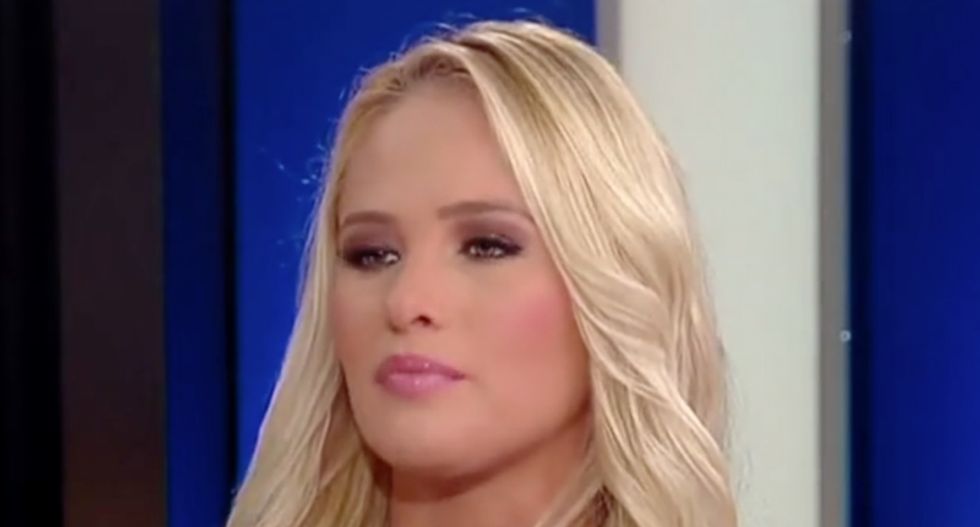 Conservative bombthrower Tomi Lahren tossed the entire #Metoo Movement under the bus in a Tuesday appearance on Fox News' "Outnumbered", when she suggested it wasn't about sexual harassment and assault anymore, but had been hijacked by Democrats and Hollywood to destroy the lives of conservative politicians.

"This whole #Metoo Movement, it started out in what I believe is a great thing which was bringing women out that had actually been assaulted and were coming out and saying 'this happened to me, we've been quiet for too long'," Lahren said in a discussion about the sexual assault allegations lodged by two women against Supreme Court nominee Brett Kavanaugh. "It turned into 'I can make some politically convenient allegations, I can ruin someone's life in someone's family and we can do it all in the name of the #metoo movement' but really, it's Democrat-driven, it's Hollywood-driven and I think the American people are really sick and tired of it."

This was a bit much for fellow panelist and former Hillary Clinton strategist Adrienne Elrod, who immediately smacked down Lahren's claims.

"This is not going to be decided in front of a jury, it's going to be decided by a panel of senators who will largely be driven by the court of public opinion," Elrod said. "If he truly is innocent, why not allow for an FBI investigation? If I were him, I would say 'I want my name cleared, so I want the FBI, I want the law.'"

Ignoring Elrod's call for the FBI to determine the facts, Lahren launched into what could only be described as a rant, in which she hurled personal invective at her fellow panelist.

"As a woman have, how can you say just that we should be believed?" she asked. "You don't think they are capable of lying and scheming, I mean, you worked for Hillary Clinton so I guess you know that."

Lahren continued her diatribe, asking, "do you think we should just take women's word as gospel? That's infuriating to me as a woman because I don't look at other women and say 'I'm just going to believe you because we have the same biological making.' I think that's wrong."

Elrod wasn't having that either. "That's the problem that we have right now, a lot of women who are scared to come forward," she said. "I think when we have these conversations like this, we are discouraging women who truly have been victims of sexual assault and harassment from being able to come forward."