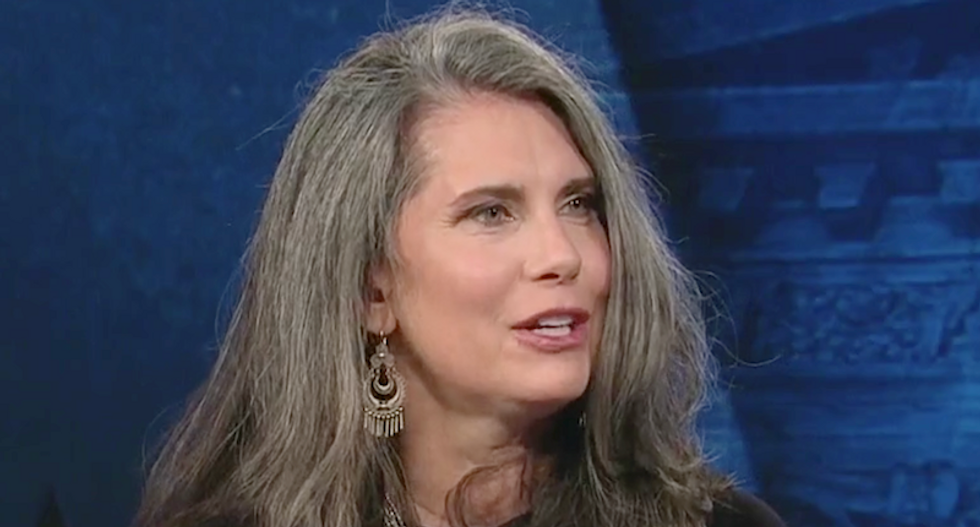 Samantha Guerry, a friend of the survivor of Brett Kavanaugh's alleged sexual assault/Screenshot

After Christine Blasey Ford stepped forward to share her allegations of being sexually assaulted by Supreme Court nominee Brett Kavanaugh while in high school, her classmates have stepped forward to defend her in the wake of sustained attacks on her creditability by Republican operatives.

Among them is Samantha Guerry, who went on CNN to talk about her friend, Blasey Ford.

"This has been an agonizing period of time for her," Guerry said. "She didn't ask to be in this position, she asked for confidentiality, and since that wasn't possible, apparently, we are now in the throes of being a political football. She's a private person and she's a very substantial woman of great intellect and integrity."

Blasey Ford is a biostatistician, Guerry said, and someone "who doesn't put pen to paper unless she can prove it."

Guerry said that the survivor of Kavanaugh's alleged assault "might not even know what she's going to do right now."

"I understand this is highly inconvenient to the Republicans' agenda right now," she said. "Whether it was revealed two months ago, or last week, I'm not sure how relevant that is. I think that's what we're focusing on right now because that's sort of, you know, the dynamic that we're in. But we, regardless of the timing, we can't get sidetracked on that, we need to focus on the fact that this is a very serious allegation by a very substantive, incredible person."

Guerry points out that the survivor of Kavanaugh's alleged assault is willing to talk to investigators but that the forum suggested by Republicans makes no sense.

"It just seems really like an inappropriate forum for this kind of discussion," Guerry points out. "I mean no one can say that the Anita Hill hearings were a great success... why would she want to go through that? No one wants to go through what Anita Hill did."

Guerry said that other women she knows who were part of the same Maryland prep school community had similar experiences.

"We all feel that if we were in her shoes, we would want to be taken seriously as well," she said.