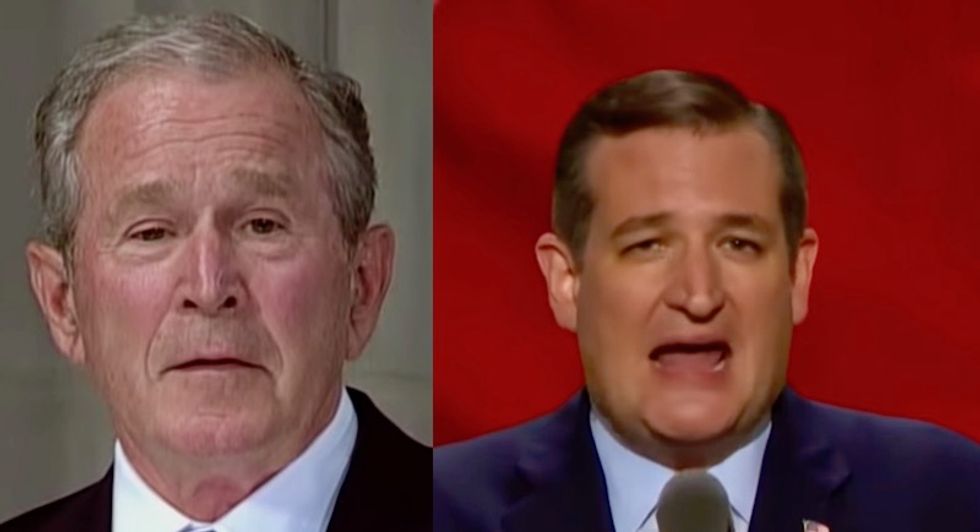 There are very few political truisms that have not been challenged in the age of Trump.

But one few remaining rocks of modern political thought is the broad belief that no one likes Ted Cruz.

Apparently, that includes former president George W. Bush. Bush is coming out of retirement to help vulnerable Republicans—but not, as the Dallas Morning News notes, the Republican senator from Texas.

Cruz is a former staffer for Bush, working on both of his presidential campaigns and then in his administration. Ted met his wife, Heidi, on the campaign trail.

But in 2015 Bush reportedly told the crowd at a fundraising event that "I just don't like the guy."

Bush has not given him a dime in any of his campaigns.

"We've considered the requests we've received and accepted those that work with our schedule," Bush's spokesman Freddy Ford told The Dallas Morning News.