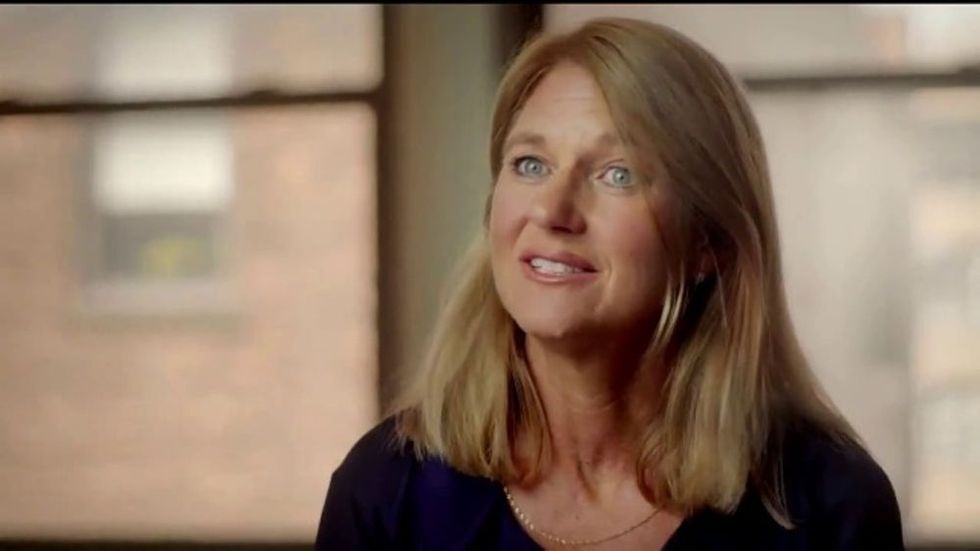 "I never thought about doing a TV commercial," Garry says in the ad. "I'm not involved in politics. I'm a teacher. I'm a coach. I believe that we need to have bright, curious, open-minded, thoughtful, empathetic people who are judges, and I trust that Brett is that person. He's dedicated to his work, he's dedicated to his family, he's of the highest integrity as a person and I believe that he would be a great Supreme Court justice."

Brett Kavanaugh “is dedicated to his work. He’s dedicated to his family. He’s of the highest integrity as a person and I believe that he would be a great Supreme Court Justice,” says Louisa Garry, friend of Kavanaugh for 35 years. pic.twitter.com/mt9fQI9Hf8

But it seems as though Garry is no longer willing to stand by this glowing endorsement.

Following the publication of Ronan Farrow and Jane Mayer's story in The New Yorker about Deborah Ramirez, a classmate of Kavanaugh's at Yale who alleges he exposed himself to her at an undergraduate party, Garry asked to be removed from a letter of support for the judge.

"I never saw or heard anything like this," Garry told The New Yorker. "But I cannot dispute Ramirez's allegations, as I was not present."

Louisa Garry, one of the former Kavanaugh classmates who asked the New Yorker to remove her name from a statement o… https://t.co/nsMixIMbOG
— Kyle Griffin (@Kyle Griffin) 1537828524.0

Ramirez was the second woman to come forward, after California psychology professor Christine Blasey Ford, who alleges Kavanaugh and his friend Mark Judge pulled her into a room and tried to assault her at a suburban house party when she was 15. Ford is scheduled to testify before the Senate Judiciary Committee on Thursday.

Kavanaugh has resolutely refused to step aside, and on Monday, he and his wife sat for an interview with Fox News' Martha MacCallum.