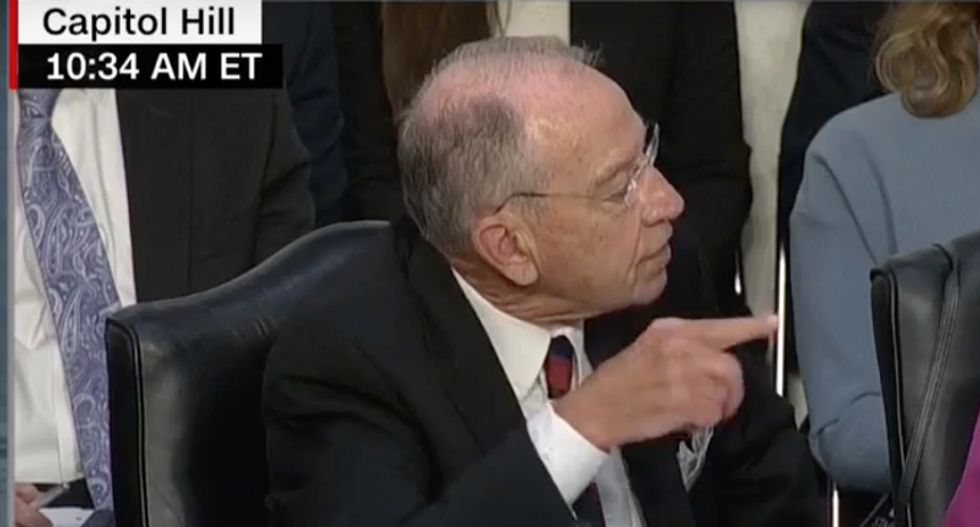 Despite a last-minute document dump, a visibly angry Charles Grassley lashed out at Democrats for demanding hearings for Supreme Court nominee Brett Kavanaugh be delayed.

With Democrats motioning repeatedly to adjourn the hearing in order to examine the latest 42,000 pages of documents regarding Kavanaugh's record -released just hours before hearings began- Grassley grew frustrated saying "Can I ask my colleagues on the other side of the aisle how long you want to go on with this? Because I'm not going to entertain any of the motions you're making."

Pointing his finger at his colleagues, Grassley's voice grew louder and angrier as he suggested that Democrats had accused him of "having a mob rule session", a statement that in fact had been made by Republican John Cornyn.

In what seemed to be an ineffective attack on the minority, Grassley scolded the Democrats, who he said praised "how fair I was in running" the Neil Gorsuch hearings. "I would like to run this hearing the same way if you would give me the courtesy of doing it."

What Grassley left unsaid was the name of Obama-era SCOTUS nominee Merrick Garland, whose name had already come up several times earlier in the hearing. Garland was notoriously denied the courtesy of a hearing or a vote by the Senate Republicans, a move which led to accusations that the court seat had been stolen.