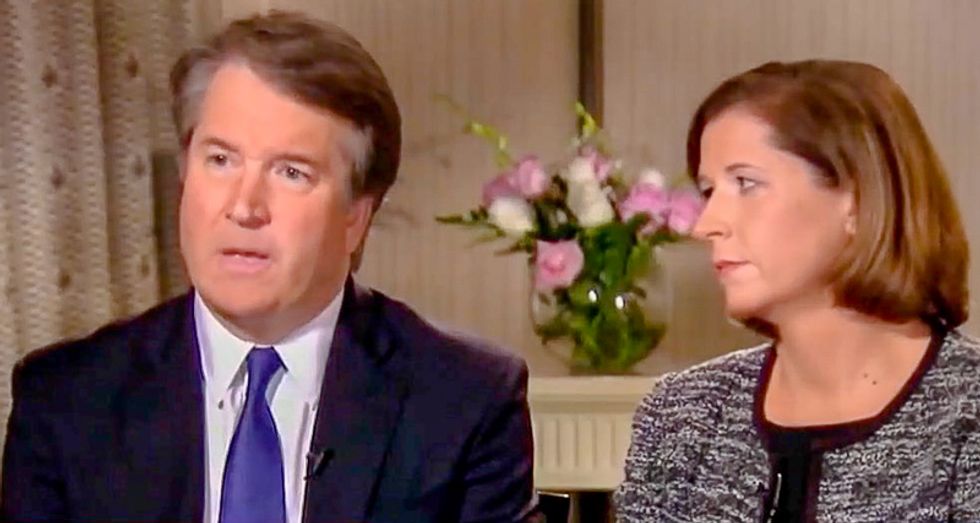 A body language expert revealed on Tuesday that Supreme Court nominee Brett Kavanaugh was not telling the truth when he told Fox News that he wanted a "fair process" for himself and the women who have accused him of sexual misconduct.

Wood said that she immediately noticed that Kavanaugh was "not as emotional as you would expect somebody to be" after being accused of sexual assault.

"Very repetitive, very robotic, and that indicated that he'd been highly coached," Wood explained. "He wasn't surprised at any of the questions, which also indicated he knew what the questions were ahead of time and he was able to prepare for them."

The body language expert noticed that Kavanaugh shook his head side to side whenever he mentioned he wanted a "fair process."

"He's actually shaking his head 'no' when he says, 'All I want is fairness,'" she pointed out. "It's very important because that's a limbic system response, it's not a conscious decision to shake your head 'no' and it really indicates, in alignment with what he said, that he doesn't want fairness. He wants something other than fairness."

"It's interesting that he used that statement 17 times during the interview," she continued. "And he didn't ask for what most innocent people would ask for, and that is a thorough investigation."

Wood observed that Kavanaugh made a "smooth lie" when he said that he spent his "life" as a judge.

"That's a lie and you see how smoothly he states that," Wood said. "He's voice, tone and speaking rate are even. He even smiles as he adds on to that statement. So we know he's a smooth liar and that he redefines terms."

According to Wood, Kavanaugh redefining the term "sexual assault" was another example of a "smooth lie."

"In a police interrogation, that's a red flag," Wood said of Kavanaugh's body language. "He's able to do this... very carefully and considered and repetitively, a smooth lie."