James Mattis says Trump has 'acted like -- and had the understanding of -- a fifth grader': Bob Woodward 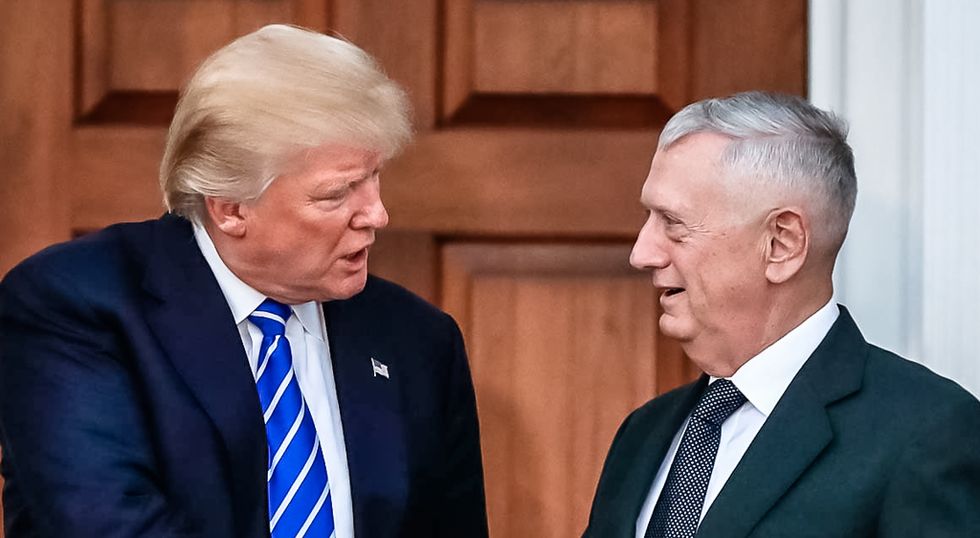 An explosive new book by legendary Watergate reporter Bob Woodward claims that Defense Secretary James Mattis holds President Donald Trump in very low esteem -- and he has had to scramble just to prevent the president from sparking "World War III."

In an excerpt of Woodward's new book leaked to the Washington Post, Woodward writes that Mattis has told his associates that Trump "acted like — and had the understanding of — a fifth- or sixth-grader" during a meeting on military forces in the Korean Peninsula.

During the meeting, Trump questioned why the United States was spending any money in the region at all. Mattis had to explain to him that America's military presence in South Korea allowed it to better monitor North Korea's missile activities. Among other things, he told Trump that having a presence in Korea allowed the U.S. to detect a missile launch just seven seconds after it occurred -- whereas it usually takes 15 minutes to detect such launches from American military bases in Alaska.

"We’re doing this in order to prevent World War III," Mattis explained to the president.

According to Woodward, the exchange with Trump left Mattis "exasperated and alarmed."

And Mattis isn't alone -- according to Woodward, many Trump advisers have been unnerved during their interactions with the president.