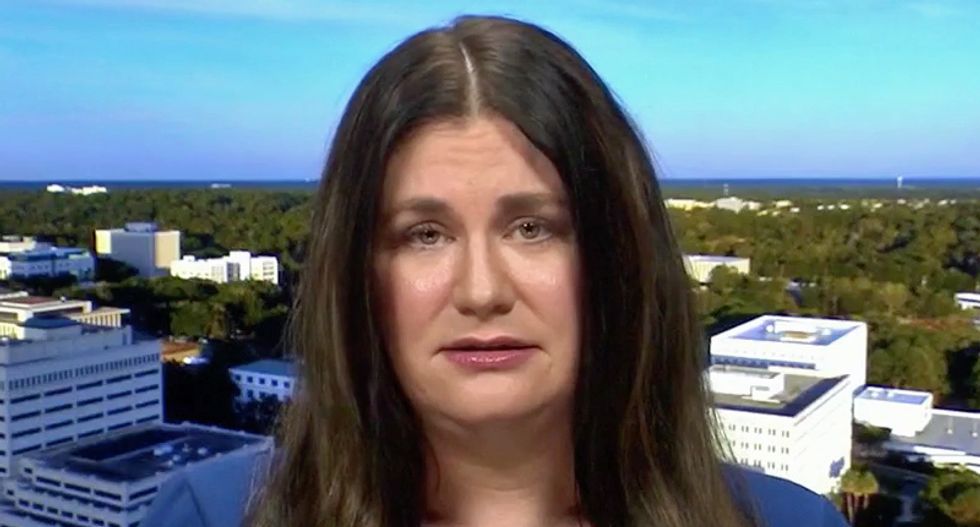 MSNBC anchor Joy Reid befuddled a conservative commentator on her support for the Republican Party in the wake of the latest scandals over the party's treatment of women.

Sarah Rumpf, a contributor at the conservative website Red State and the communications director for the Rainey Center, appeared on AM Joy to defend Brett Kavanaugh's nomination to the United States Supreme Court in the wake of sexual assault allegations by Christine Blasey Ford.

"Doesn't bother you at all -- as a woman, as a young woman -- that the sort of, the message that the party is sending writ large with a Roy Moore nomination or defending Kavanaugh to the hilt and immediately dismissing what ... Ford said and even trying to frame another guy in one case, another person that has taken it back and apologized for it," Reid listed.

"Does this not bother you? Just as a young woman in the Republican Party, that this is the message that being sent to you?" Reid asked.

"What we have here with Judge Kavanaugh is one person's story that he adamantly denies and the other person in the room at time also denies it," Rumpf replied.

"Do you believe her?" Reid asked, repeatedly.

"Do you believe something traumatic happened to her at the hands of Brett Kavanaugh," Reid followed-up.