Judiciary Democrats revolt after Republicans ram Kavanaugh through: ‘This is a railroad job -- no no no’ 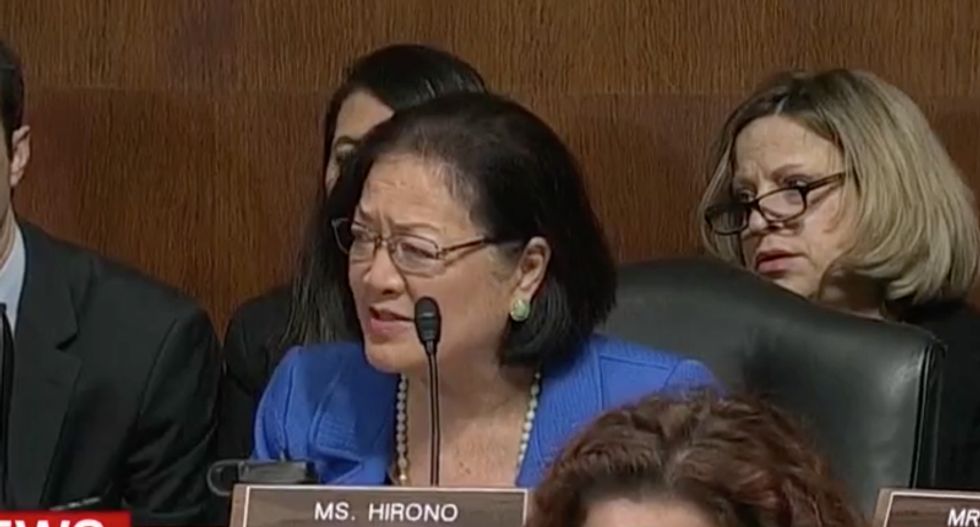 Judiciary Democrats were in open revolt as Republicans began a roll call vote to move Supreme Court nominee Brett Kavanaugh, accused of sexual assault by multiple women, out of committee for a full vote.

Republicans moments earlier voted down a motion by Connecticut Democrat Richard Blumenthal to issue a subpoena to Kavanaugh friend Mark Judge, who had witnessed one of Kavanaugh's alleged attacks, drawing a sharp rebuke from the senator.

As Republicans rattled off their votes in support of Kavanaugh, one Democratic senator could be heard muttering, "the ram job continues."

Vermont Democrat Pat Leahy, voting no, charged that vote "violates the customs of this committee."

Hawaii's Mazie Hirono added, "I strongly object. This is ridiculous, what a railroad job. My answer is no, no, no."

Two Democrats, California's Kamala Harris and New Jersey's Cory Booker, refused to answer. "They're not answering because this is so unfair, Mr. Chairman," said another unseen Democratic senator.