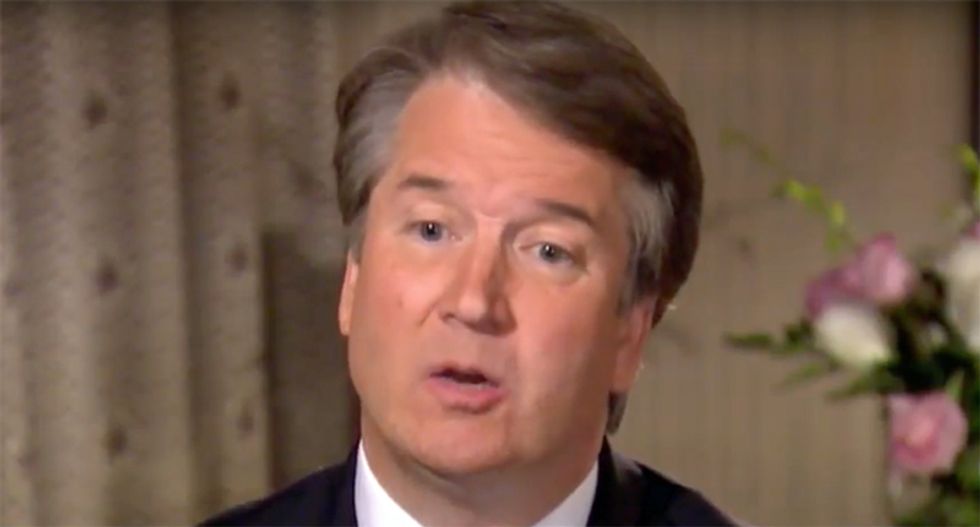 A former Supreme Court clerk and Harvard Law professor explained how the allegations against Judge Brett Kavanaugh are complicated by the personal motivations of those defending his nomination.

She wrote that, "Kavanaugh’s fate as a Supreme Court nominee may well turn on the questions raised in today’s campus sexual-assault debates."

"Remarkably, both Ford and Ramirez’s allegations involve other students who saw, and encouraged, the assaults," she explained. "Though it is unusual for sexual assaults to have firsthand witnesses, it is typical for friends to be interviewed in campus assault investigations, and for loyalties and betrayals to both tear friend groups apart and hang over factual recollections."

"With respect to the Kavanaugh allegations, in deciding what to say, the friends also had reasons for concern about their own reputations, as bystanders or participants; Judge may even have criminal liability as an accomplice to the alleged assault," she explained.

"The Kavanaugh allegations also highlight the emerging consciousness on campuses of bystanders’ responsibility," she continued. "As the #MeToo movement gains momentum, people who are not victims or perpetrators but may know of sexual misconduct have been increasingly criticized for complicity. Kavanaugh himself had to answer questions in his first hearings, earlier this month, about the sexual misconduct of his friend, the former judge Alex Kozinski, for whom he clerked."

"Expanding bystanders’ liability—even if the consequences are merely reputational, rather than disciplinary or criminal—may complicate the project of finding out the truth of what happened. What Judge and other friends in high school and college saw or knew about Kavanaugh may be obscured by the risks that they know they may bear," she concluded.

"The public will judge his alleged behavior, but, perhaps even more confidently, they will judge a loutish culture of drunken fraternities, preppy privilege, and reckless sexism among teen-age boys that we have historically tended to overlook, and for which Kavanaugh has become a timely poster child," she added.