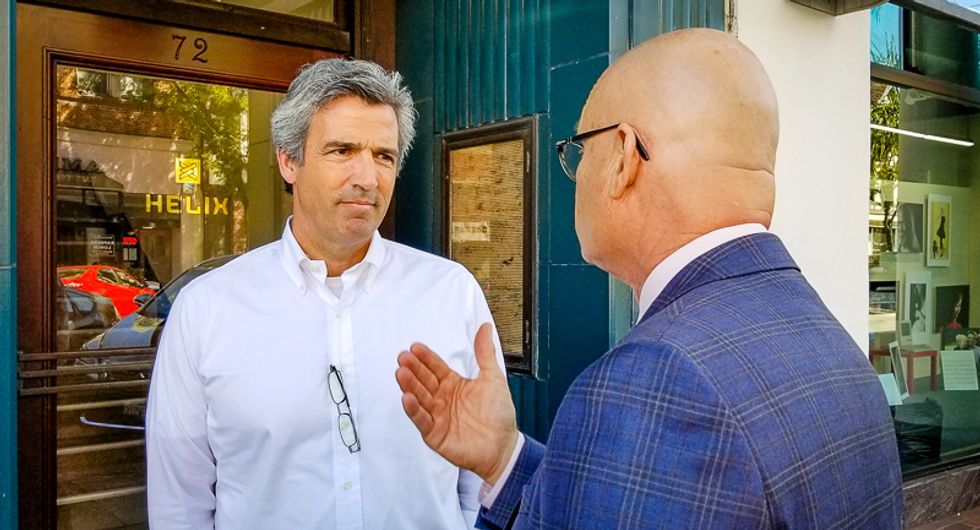 Brett Kavanaugh's former roommate James Roche this week said that he believes Debbie Ramirez, a former schoolmate who has accused the Supreme Court nominee of forcing her to touch genitals in college.

Roche explained to KGO-TV in San Francisco that he shared an apartment with Kavanaugh during the Fall of 1983.

"We shared a two-bedroom unit in the basement of Lawrence Hall on the Old Campus. Despite our living conditions, Brett and I did not socialize beyond the first few days of freshman year. We talked at night as freshman roommates do and I would see him as he returned from nights out with his friends," a statement from Roche said on Monday.

Roche continued: "It is from this experience that I concluded that although Brett was normally reserved, he was a notably heavy drinker, even by the standards of the time, and that he became aggressive and belligerent when he was very drunk. I did not observe the specific incident in question, but I do remember Brett frequently drinking excessively and becoming incoherently drunk."

Kavanaugh's former roommate said that he was also friends with Ramirez.

"She stood out as being exceptionally honest, with a trusting manner," he recalled. "As we got to know one another, I discovered that Debbie was very worried about fitting in. She felt that everyone at Yale was very rich, very smart and very sophisticated and that as a Puerto Rican woman from a less privileged background she was an outsider. Her response was to try hard to make friends and get along."

Just spoke with #JamesRoche who was Yale roommate of Brett #Kavanaugh . He confirms that the #SCOTUS nominee was f… https://t.co/cjSrW5aU77
— Wayne Freedman (@Wayne Freedman) 1537821885.0

#Kavanaugh Yale roommate Roche: 'I do not consider myself to be a political person and I have no political agenda.… https://t.co/OyNDUbjTYG
— Wayne Freedman (@Wayne Freedman) 1537826549.0