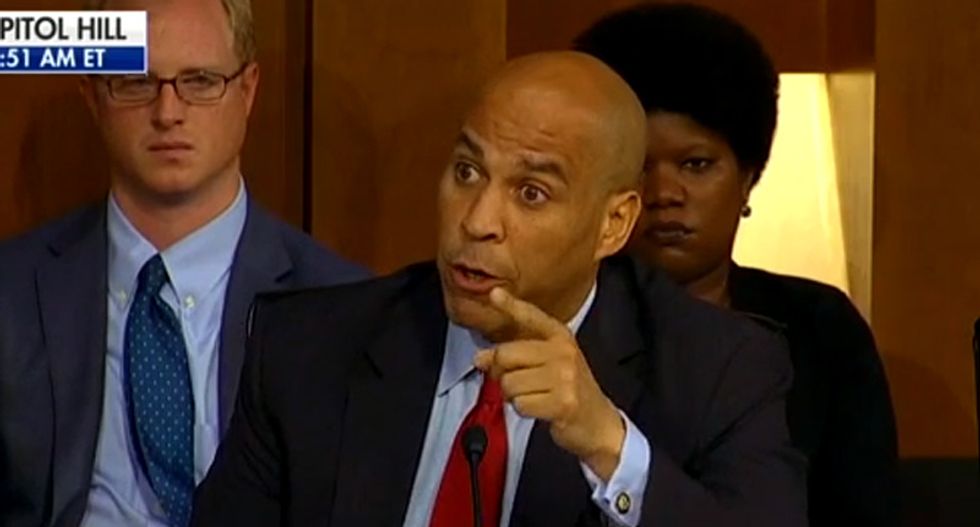 When questioning Kavanaugh on Wednesday, Booker had quoted a 2002 email that he said showed Kavanaugh considered using racial profiling after 9/11. During the Senate confirmation hearing on Thursday, he threatened to release it to the public.

Republican Senator John Cornyn (TX) said he was upset that Democrats were "unwilling or unable to conduct themselves in this hearing with regular order and accordance with the rules of the committee."

"I would encourage our colleagues to avoid the temptation to either violate the Senate rules, or to treat the witness unfairly by cross-examining him about a document and refusing to show it to him," he added.

But Booker was undeterred, and said he would release the email to "expose" that documents being withheld by Senate Republicans "have nothing to do with national security."

"I come from a long line as all of us do as Americans of understanding what that kind of civil disobedience is and I understand the consequences," he said during the Senate hearing. "I understand that the penalty comes with potential ousting from the Senate. If Senator Cornyn believes that I have violated Senate rules, I openly invite and accept the consequences of my team releasing that email."

The email is from when Kavanaugh served as a lawyer for former President George W. Bush. The email is not classified, but has been marked as "committee confidential."

After his comments, Booker released the email on Thursday morning.