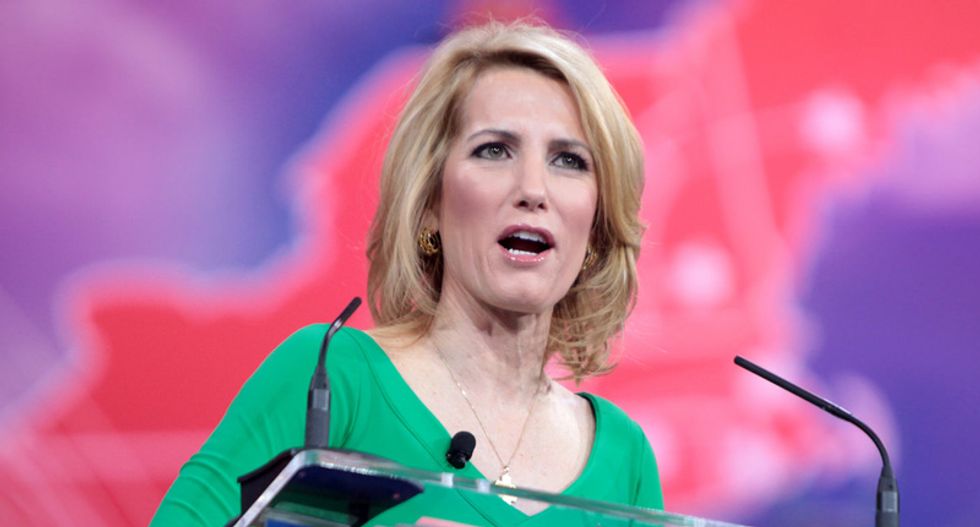 Fox News host Laura Ingraham is used to being criticized on social media -- but now she's even being slammed by her own brother.

The Daily Beast reports that Curtis Ingraham, a teacher from California and the brother to the famous right-wing Fox host, has been trashing his sister on Twitter in recent weeks over her support for President Donald Trump.

"I think she’s a monster," Ingraham told the Daily Beast in an exclusive interview.

Among other things, Ingraham ripped his sister when she mocked Parkland shooting survivor David Hogg for getting rejected by colleges.

"Once again, I am in full support of David Hogg," he wrote this past June. "My sister's recent comments likening child detention centers to summer camps is beyond disturbing. Where is her humanity?"

Ingraham has also claimed that he first noticed his sister's penchant for racism during her early college years.

"My sister's racist comments date back to her freshman days at Dartmouth when she would mock her black roommate by speaking jive with her friends," he wrote earlier this month. "Shameful!"

Ingraham also claimed on Twitter that his sister learned to hate minorities from their father, whom he described as "an abusive, alcoholic father" and "a Nazi sympathizer."

"My siblings and I are shocked and saddened to learn of these false and hurtful online postings. Although we’ve been estranged from him for many years, we love our brother and miss him very much," Laura Ingraham said in a statement.