Michael Avenatti: Trump 'will effectively usher in the Ice Age' if he wins in 2020 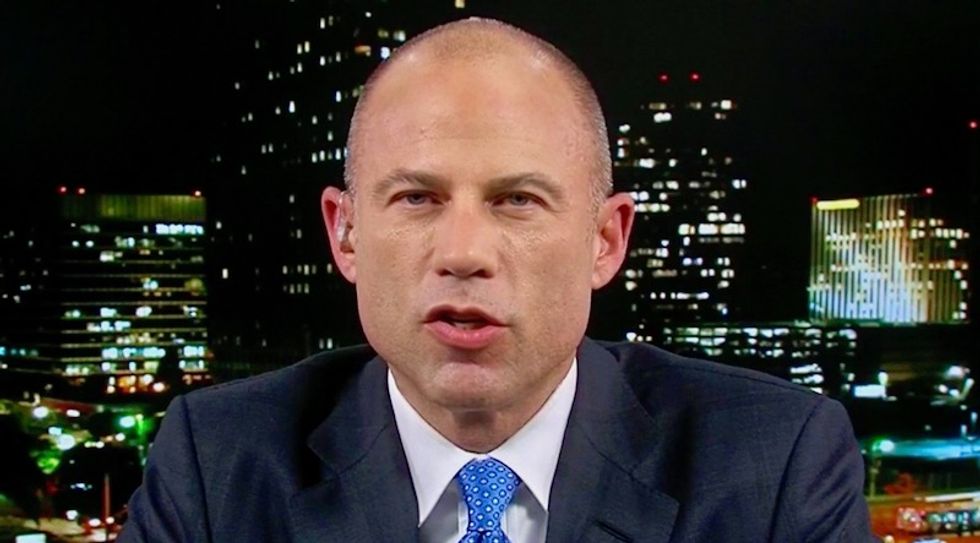 In a wide-ranging interview published in Paper magazine, Stormy Daniels' lawyer Michael Avenatti has advice for Democrats ahead of the midterms and onward to 2020.

First off, he says Democrats should stop trying to play nice with Republicans and Donald Trump. "I think for decades there has been a hunger and a thirst for a street fighter for the Left," he told the magazine. "The Democrats are a party of lovers, not fighters, generally. They're a party of pacifists, which I think in many instances is a very good thing, but in this particular time period in our Republic, it's not a good thing."

He also went over the significance of the 2020 race. "I think that a re-election of this president in 2020 will effectively usher in the Ice Age in America. You're talking about the Supreme Court, at a minimum, going 7-2," he said. "That's going to have decades of ramifications that a lot of people can't even fathom or comprehend or have an appreciation for. You're looking at a significant rollback of rights — rights for women, rights for minorities, rights for gays. I just think it would really turn back the hands of time for our country and put us in a very perilous, dangerous position viz. our allies and others as well."

Michael Avenatti: Trump 'will effectively usher in the Ice Age' if he wins in 2020 and of course, the magazine touched on speculation—speculation that Avenatti himself has fanned—that he's considering a challenge to Donald Trump in 2020.

"Well, I don't want to handicap [whether or not I'll run] on a percentage basis because, frankly, it depends when you ask me during the day. It changes throughout the day even," he said. "What I will say is I'm seriously considering it. I've now been to Iowa twice, New Hampshire, Ohio, Florida, Pennsylvania. I was just at the DNC summer meeting in Chicago. Everywhere I've gone, I've been very fortunate. I've received an incredibly warm welcome and people are very enthusiastic about the possibility."