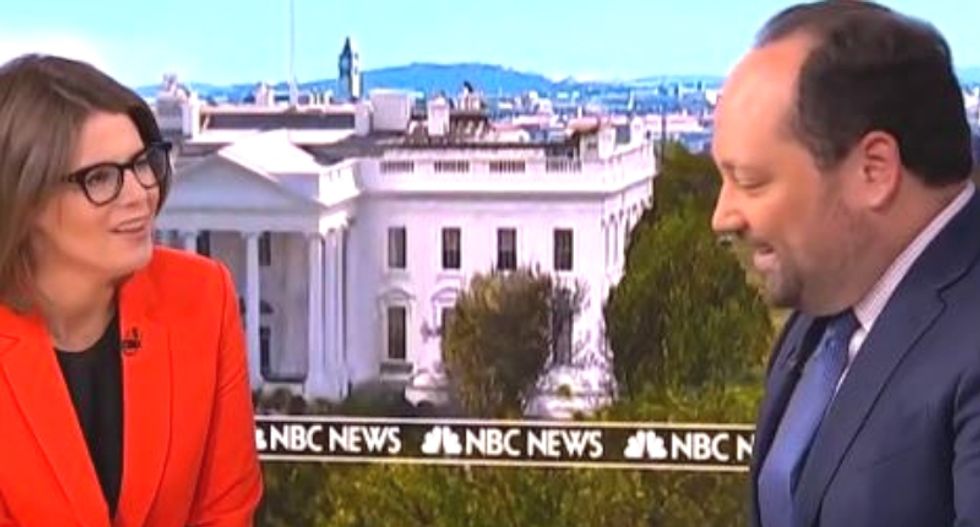 Responding to Donald Trump's latest attack on Attorney General Jeff Sessions -- this time for not quashing investigations into crimes committed by GOP congressmen -- MSNBC's Kasie Hunt mused about whether the president even has legal counsel advising him anymore.

"Two long running, Obama era, investigations of two very popular Republican Congressmen were brought to a well publicized charge, just ahead of the Mid-Terms, by the Jeff Sessions Justice Department," the president tweeted Monday afternoon. "Two easy wins now in doubt because there is not enough time. Good job Jeff......"

While discussing the various legal problems Trump faces, not least of which are related to his anger at Sessions for recusing himself from the Russia investigation that led to special counsel Robert Mueller's appointment, the host asked Washington Post bureau chief Phil Rucker about the state of the president's legal team.

"Do they have any lawyers left on the legal team?" Hunt asked jokingly. "At all?"

"They do," Rucker said with a laugh. "There's actually a really professional lawyer who's highly regarded, Emmet Flood, who's a little under the radar but he's working at the White House."

The reporter and MSNBC analyst explained that Flood may take over for outgoing White House counsel Don McGahn, though it remains unclear.