MSNBC legal analyst reveals why Manafort cracked: 'He cannot rely on' a pardon 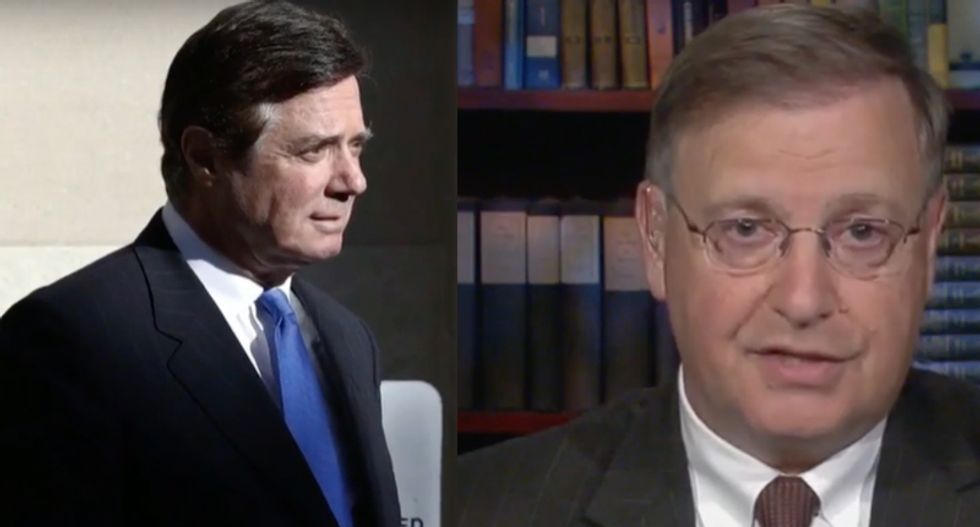 Former U.S. Attorney turned MSNBC contributor Chuck Rosenberg told host Chris Jansing what's in it for Paul Manafort if he holds up his end of the plea deal he reached Friday with Special Counsel Robert Mueller, a deal which includes cooperation on the Russia probe. Manafort pled guilty to two counts -conspiring to defraud the United States and conspiring to obstruct justice- and will serve up to ten years in prison. He also agreed to a $500,000 fine, and to forfeit several properties, banking accounts, and a life insurance policy to the government.

"This is a terrific deal for the government, and here is why. They are going to get Mr. Manafort's cooperation," said Rosenberg. "He is going to have to tell them everything -- to tell them about anything that he knows about anyone who did anything wrong. And that is really what the government wants: information."

Manafort had previously refused to cooperate, and many believed he was angling for a presidential pardon. But Rosenberg said that Manafort's decision showed that the convicted felon "must assume that he cannot rely on" a pardon. "Cooperation is a rational choice from his perspective," he said. "If he has any hope short of the pardon of reducing the sentence, it is going to be based on telling truthfully and fully to the government everything that he knows."

Manafort, 69, was facing a lengthy prison sentence, and many expected he would spend the rest of his life behind bars. "Presumably, but if he tells the truth and cooperates fully, it won't be the rest of his life. He'll have something at the end," Rosenberg said.

Host Chris Jansing agreed, saying "Knowing how the president feels about what he calls 'flippers' it may be that any thought of a pardon is off the table."