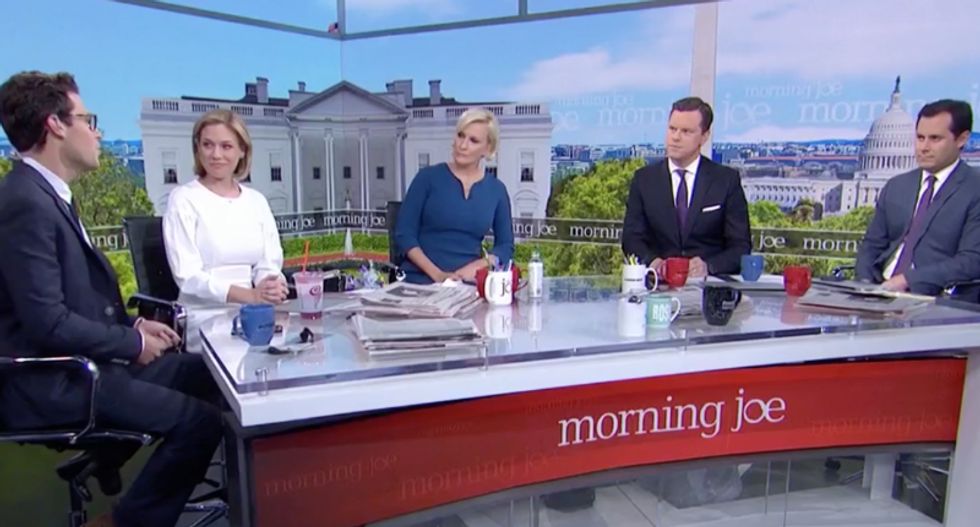 MSNBC reporter Jacob Soboroff paid a visit to Eagle Pass, Texas, a small town on the U.S./Mexico border, to gauge voter sentiment. He learned that while voters there care about issues like the Supreme Court and the Russia investigation, their big concern was pocketbook issues. And in bad news for the GOP, they have soured on Trump's tax cuts and don't believe the economy is working.

"The president continues to trumpet how well the economy is doing but when you go to places like this, people don't have jobs, people are looking for jobs, people are leaving," Soboroff said. "It's an older generation of folks there and their kids are leaving town because they're not able to get work. So for the president to say the economy is even doing great goes over these folks' heads."

"There's this perception that while the economy is good, the benefits have been really tilted towards the top 1%," added MSNBC contributor Sam Stein. "The tax cut package especially was supposed to be this great legislative savior for the Republican party heading into the midterms, and what we've witnessed now is from an advertising standpoint Republicans don't mention it."

Pointing to polling, Stein said "it's fairly clear the public has concluded that the package was done to benefit the wealthy and I think that is a political killer for this president heading into the midterms." Trump's boasts about his economic stewardship notwithstanding, "people are perceiving it as something that's benefited Wall Street as opposed to Main Street," Stein added.