Myrtle Beach will be cut off from state 'indefinitely' as Florence knocks out all access: report 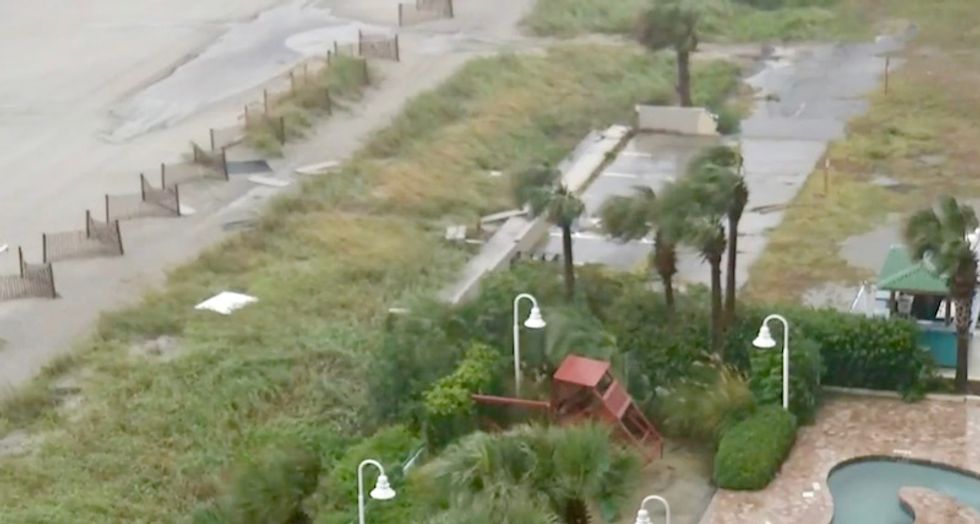 Hurricane Florence, now downgraded to a tropical storm, delivered enough of a punch to South Carolina that Myrtle Beach is expected to be cut off from the rest of the state indefinitely, MSNBC reported Friday.

"Even though the storm has been downgraded to a tropical storm, you can see we are getting hit here in Myrtle Beach," NBC News correspondent Tammy Leitner reported Friday. "The winds have picked up, there having reports of damage."

"They have a bigger problem on their hands. I got off the phone with the mayor here, she says in the next three to five day, the three major rivers in this county are expected to crest," Leitner continued.

"Even a bigger problem is that all the fuel supply and grocery stores were depleted before this storm, they will not be able to get any fuel or food here to Myrtle Beach," she continued.