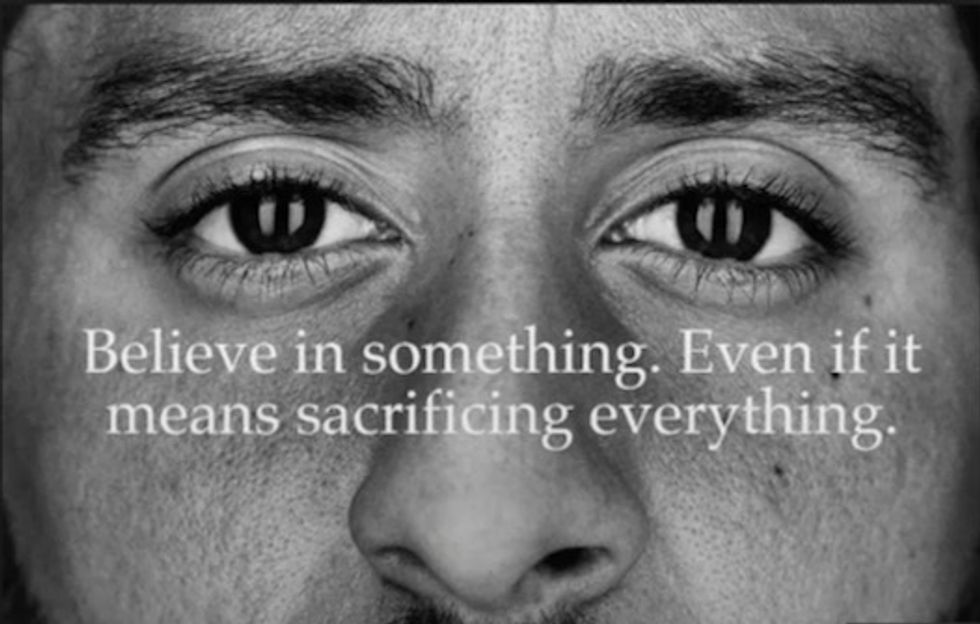 Shares of Nike Inc fell nearly 2 percent on Tuesday as calls for a boycott of the sportswear giant gained traction on social media after it chose Colin Kaepernick as a face for adverts marking the 30th anniversary of its “Just Do It” slogan.

Former San Francisco quarterback Kaepernick, the first NFL player to kneel during the national anthem as a protest against racism, posted a black-and-white close-up of himself on social media on Monday featuring the Nike logo and “Just do it” along with the quote, “Believe in something. Even if it means sacrificing everything.”

The hashtag #NikeBoycott was among the top trending topics on Twitter on Tuesday morning, with users posting images of themselves burning and ripping their Nike shoes and apparel.

Others took positively to Nike taking a stand on social issues - “dear @Nike I appreciate you for standing with @Kaepernick7”, vlogger Casey Neistat tweeted.

U.S. President Donald Trump has been critical of athletes taking a knee during the national anthem and has said he would love to see NFL owners fire football players who disrespect the American flag.

Nike, who confirmed on Monday that Kaepernick was part of the campaign and called him “one of the inspirational athletes of his generation”, did not immediately respond to requests for comment on Tuesday.

Reporting by Uday Sampath in Bengaluru, editing by Patrick Graham