'He has no poker face': CNN panel mocks Trump's panicky tweets as 'the walls are closing in' 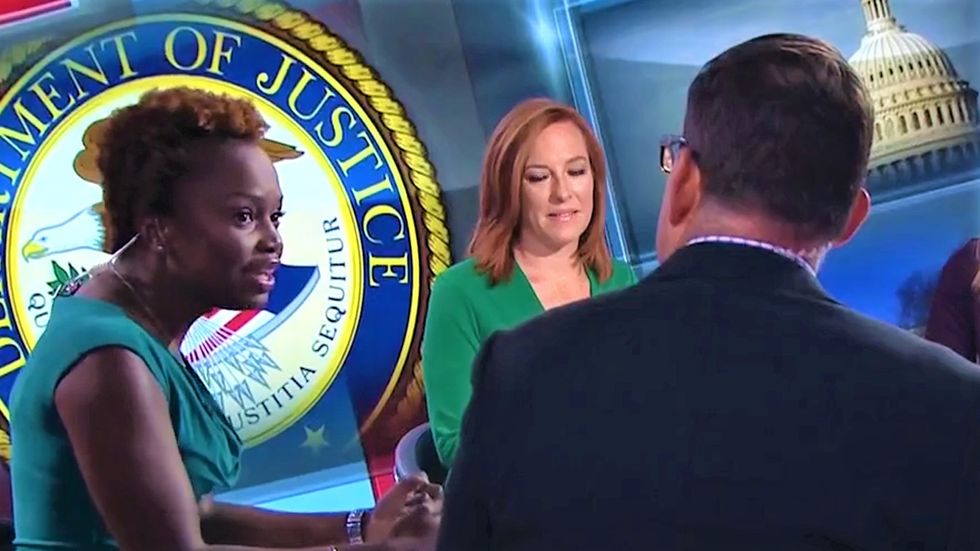 President Donald Trump has spent Labor Day sending out angry tweets at Attorney General Jeff Sessions for allowing the Department of Justice to prosecute his political allies for corruption.

A CNN panel responded to the president's tweets by noting how shocking it is to see a president regularly attack his own attorney general. The panelists also noted, however, that Trump's panicky tweets show that he's in a very weak position in which he has no real control over what happens at the DOJ.

"He has no poker face," said Karine Jean-Pierre, a senior adviser at MoveOn.org. "Whatever he is feeling, he tweets it out. The problem that he really has, that we're learning from polls, is that the tweets do not work. If anything, they backfire. This is not helping him at all, but the walls are closing in on him."

Conservative Amanda Carpenter agreed with Jean-Pierre that the president's tweets reflect someone who is flailing impotently trying to make sure Democrats don't retake the House of Representatives, which would give them subpoena power to access his tax returns.

"I think [Sessions] is pretty well dug in here, that whatever happens is going to happen," she said. "If Donald Trump has to fire him, he can fire him. This tweet today is really... it's confusing but not subtle. The president is essentially setting the stage to blame Jeff Sessions for two Republican losses."