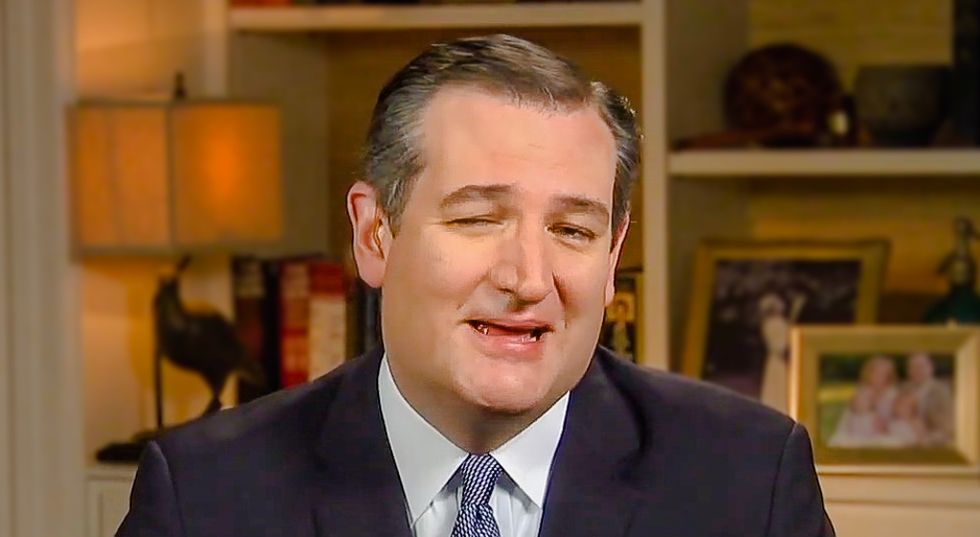 During a chat with fellow New York Times columnist Gail Collins, conservative Bret Stephens issued a hilariously vicious attack on Sen. Ted Cruz, whom he described as being "like a serpent covered in Vaseline."

During their conversation, Stephens admitted to liking Beto O'Rourke, who is running against Cruz in the race for U.S. Senate in the state of Texas.

Stephens then confessed that the main reason he is rooting for O'Rourke is because he wants to see Cruz go down in flames.

When Collins asked Stephens to explain his personal distaste for Cruz, he didn't hold back.

"Because he’s like a serpent covered in Vaseline," Stephens began. "Because he treats the American people like two-bit suckers in 10-gallon hats. Because he sucks up to the guy who insulted his wife — by retweet, no less. Because of his phony piety and even phonier principles. Because I see him as the spiritual love child of the 1980s televangelist Jimmy Swaggart and Jack Nicholson’s character in 'The Shining.'"

Stephens wasn't even close to being done, however.

"Because his ethics are purely situational," he continued. "Because he makes Donald Trump look like a human being by comparison. Because “New York values.” Because his fellow politicians detest him, and that’s just among Republicans. Because he never got over being the smartest kid in eighth grade. Because he’s conniving enough to try to put one over you, but not perceptive enough to realize that you see right through him. Because he’s the type of man who would sell his family into slavery if that’s what it took to get elected. And that he would use said slavery as a sob story to get himself re-elected."