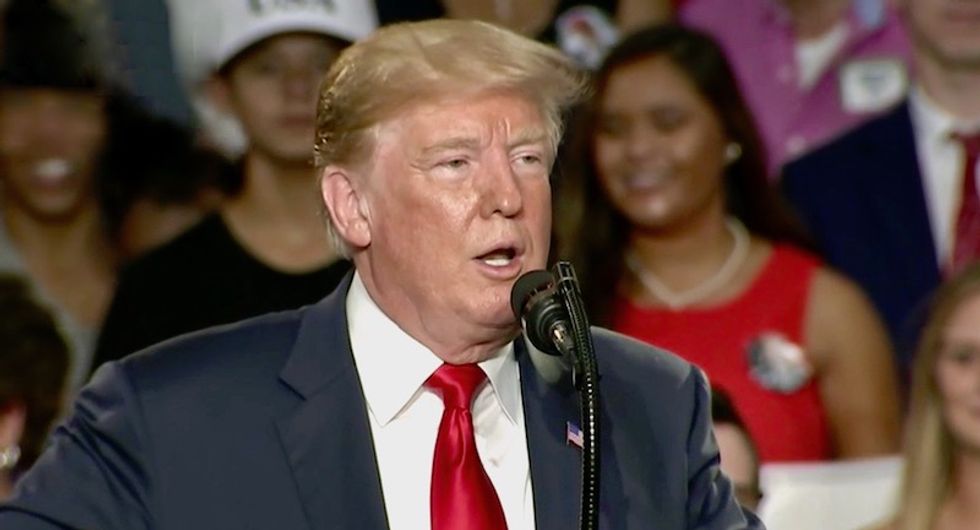 The New York Times editorial board on Thursday published a scathing rebuke of Donald Trump's bombastic claim that Democrats inflated the Hurricane Maria death toll to make him look bad.

"If you’ve stopped being surprised by the flagrancy of President Trump’s deceptions," the board wrote, "you’re not alone."

The president's latest lie "should amaze even the most jaundiced Trump-watcher," the op-ed continued.

The editors noted that it "must have been vexing, perhaps even confusing, for Mr. Trump last month when the storm’s death toll was revised sharply upward, from 64 people to 2,975." That number was an updated version after careful study from the George Washington University Milken School of Public Health, and "could shift again" as the school studies it further.

"Mr. Trump seems incapable of processing new information or learning from mistakes," the editors wrote. "Instead, he did what he always does: reject inconvenient data in favor of a story in which he is the hero."

"Democrats don’t need to lift a finger to make him look bad," the op-ed concluded. "He is managing that all on his own."

Read the entire editorial via the Times.