One arrested over theft of Swedish royal crowns 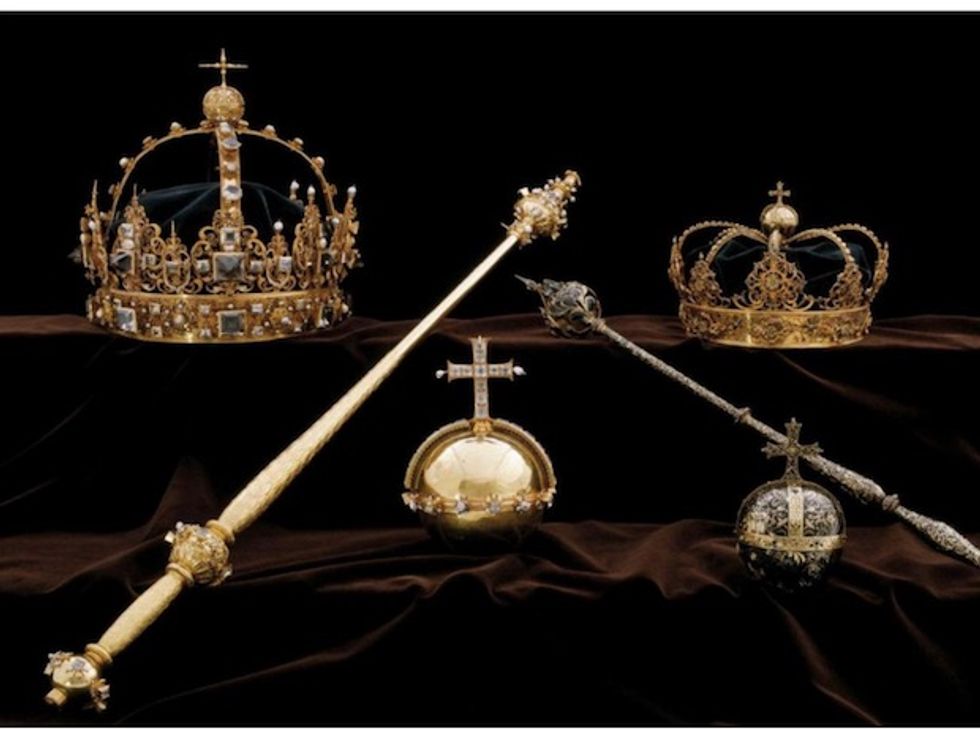 The Swedish Royal Family's crown jewels from the 17th century are seen in this undated handout photo obtained by Reuters on August 1, 2018. SWEDISH POLICE/via REUTERS

Swedish prosecutors said on Thursday one person had been arrested on suspicion of participating in the theft of jewelry from the Swedish royal family’s collection earlier this year.

Thieves stole two crowns and an orb from a cathedral in Strangnas, west of the capital, on July 31, and made off in a motorboat after the heist.

None of the stolen artifacts had yet been found, the Swedish Prosecution Authority said in a statement on Thursday. The suspect in the case was not identified by prosecutors.

The robbers broke into a glass case that held the funeral regalia of King Karl IX and his wife Queen Kristina, and stole the jewelry from the 17th century.

They then fled in a motorboat that was waiting just a couple of hundred meters away on lake Malaren, Sweden’s third biggest lake, police said.

King Karl IX died in 1611 and his wife Queen Kristina in 1625. The items are priceless and the objects would be very hard to sell on the open market, police has said.