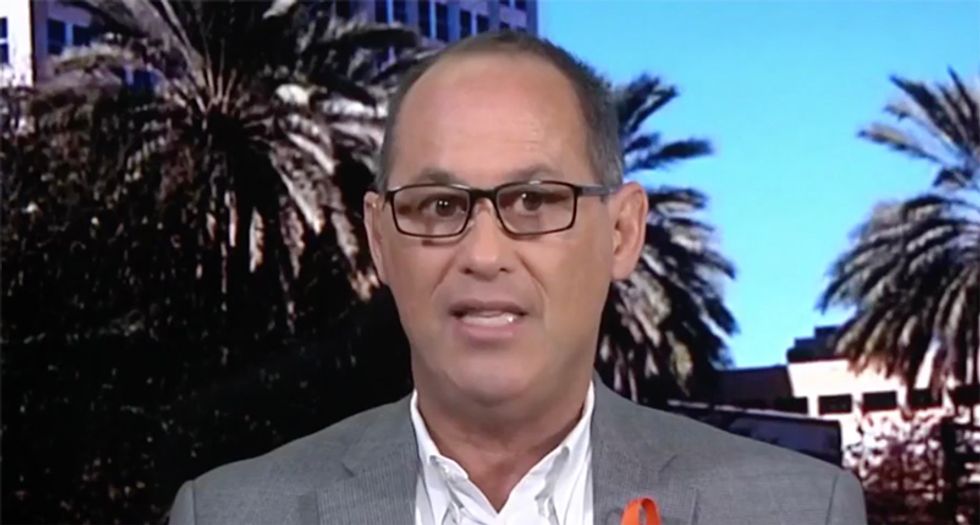 The father of a 14-year-old daughter murdered in the mass shooting at Marjory Stoneman Douglas High School corrected a White House official for "incorrect" claims made about him.

Fred Guttenberg attempted to introduce himself to President Donald Trump's Supreme Court nominee, Brett Kavanaugh, during a recess during the first day of confirmation hearings.

“Just walked up to Judge Kavanaugh as morning session ended,” Guttenberg tweeted. “Put out my hand to introduce myself as Jaime Guttenberg’s dad. He pulled his hand back, turned his back to me and walked away. I guess he did not want to deal with the reality of gun violence.”

"As Judge Kavanaugh left for his lunch break, an unidentified individual approached him. Before the Judge was able to shake his hand, security had intervened," Shah claimed.

"Incorrect," Guttenberg replied. "I was here all day and introduced by Senator Feinstein. No security involved."

"He turned and walked away," he added.

@RajShah45 Incorrect. I was here all day and introduced by Senator Feinstein. No security involved. He turned and walked away.
— Fred Guttenberg (@Fred Guttenberg) 1536085664.0