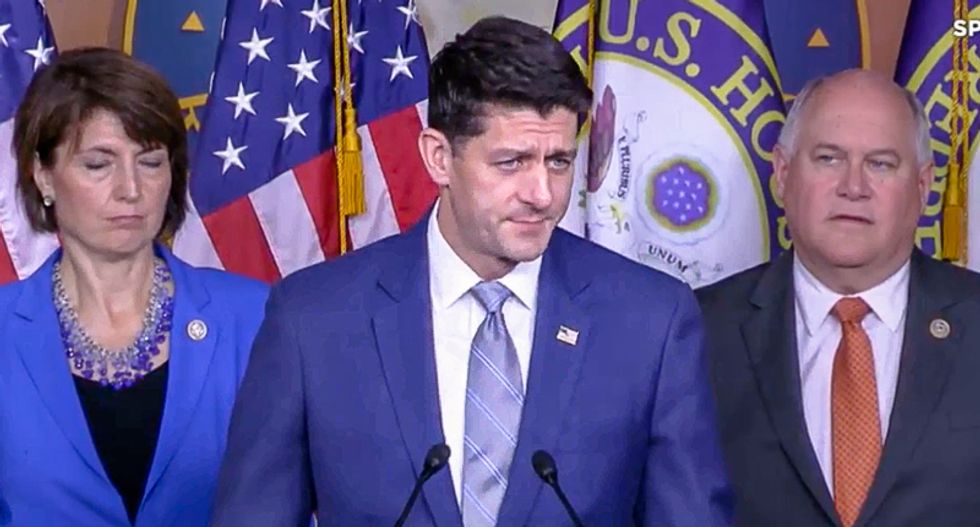 During a press conference on Thursday, Ryan was asked about a recent tweet, in which Trump falsely said that Democrats had inflated the death toll in Puerto Rico.

Ryan suggested that he had no reason to dispute the death toll because it did not make the president "look bad."

"Casualties don't make a person look bad," Ryan argued. "So I have no reason to dispute these numbers. I was in Puerto Rico after the hurricane. It was devastating."

"It's an isolated island that lost its infrastructure and its power for a long time," he added. "You couldn't get to people on the island for a long time because roads were washed out, power was gone and the casualties mounted for a long time."

Ryan concluded: "So, I have no reason to dispute those number. Those are just the facts of what happens when a horrible hurricane hits and isolated place like and island."