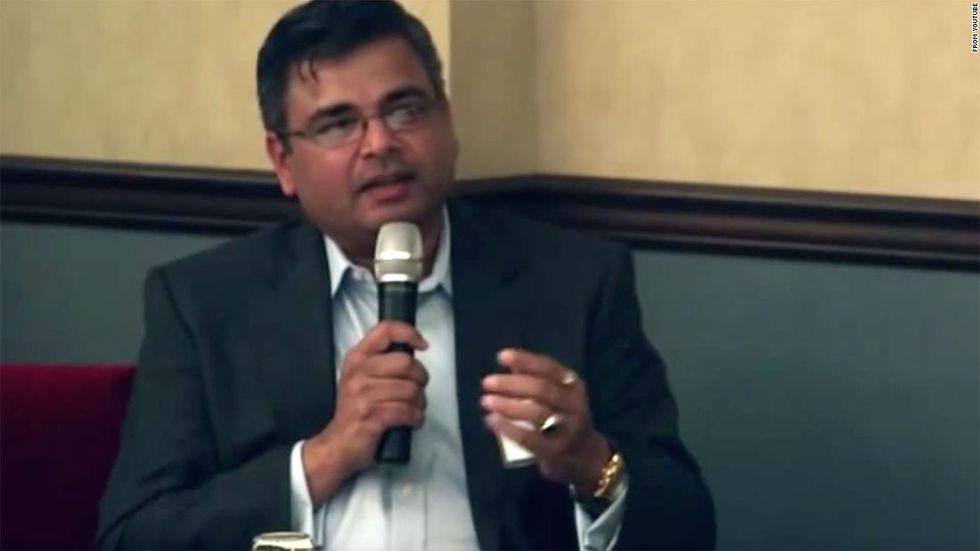 Amid an ongoing national debate about an American’s right to affordable and accessible healthcare, a CEO of a Big Pharma company is trying to justify drastically raising the cost of a much-needed antibiotic by playing to ethics.

Nirmal Mulye, the CEO of Nostrum Laboratories, said his company's 400 percent price increase of an antibiotic was a “moral requirement,” according to a report in the Financial Times. Mulye was referring to when the Missouri-based company increased the cost of nitrofurantoin last month — an antibiotic used to fight bacteria in the body and often prescribed to treat urinary tract infections — from  $474.74 a bottle to $2,393. The antibiotic is on the World Health Organization’s list of essential medicines.

“I think it is a moral requirement to make money when you can . . . to sell the product for the highest price,” Mulye said. “The point here is the only other choice is the brand at the higher price. It is still a saving regardless of whether it is a big one or not.”

Mulye reportedly compared the price increase of the drug to the business of an art dealer who sells “a painting for half a billion dollars.”

He also described his support for disgraced ex-Pharma exec Martin Shkreli, who drew scrutiny when he increased the cost of Daraprim, a drug used to treat some cancers and AIDS, from $13.50 to $750 per tablet in 2015.

“I agree with Martin Shkreli that when he raised the price of his drug he was within his rights because he had to reward his shareholders,” Mulye said. “If he’s the only one selling it then he can make as much money as he can...this is a capitalist economy and if you can’t make money you can’t stay in business.”

“We have to make money when we can,” he added. “The price of iPhones goes up, the price of cars goes up, hotel rooms are very expensive.”

Mulye’s comments echo once again a hard truth about drug prices and the pharmaceutical industry and an ongoing conflict between the industry and lawmakers. Indeed, in 2013, the EpiPen epinephrine auto-injector, suffered a price hike sparking an outrage.

Scott Gottlieb, commissioner of the Food and Drug Administration, responded to Mulye’s comments on Twitter, calling it a price gouge.

“Recent comments from the CEO of generic manufacturer Nostrum Laboratories are tone deaf, particularly as patients are increasingly facing affordability challenges in the marketplace,” he said on Twitter.