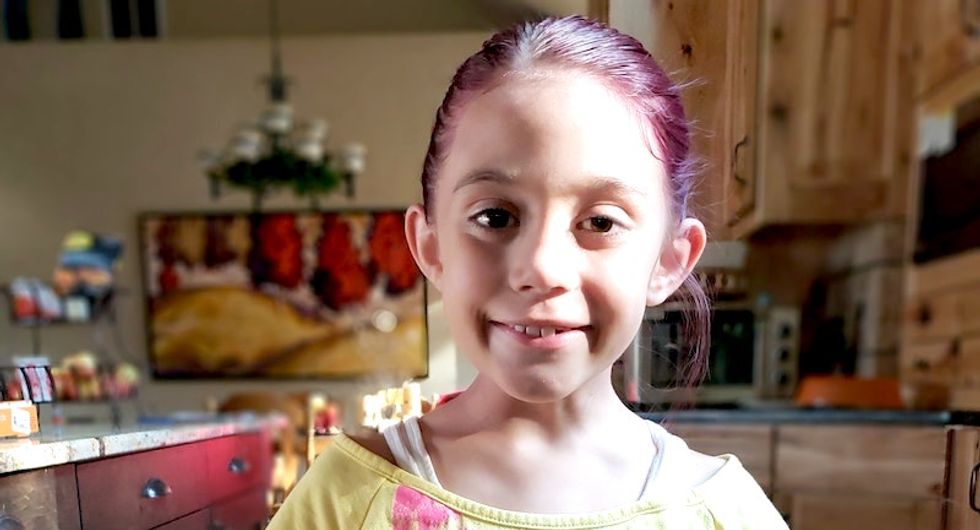 Utah girl Jada Kelson, 8, who was discriminated against school based on Mormon scripture/Screenshot

An 8-year-old girl in Ogden, Utah was disciplined by her public school after breaking a Mormon rule about baring her shoulders, the Friendly Atheist reports.

Jada Kelson was forced to wear a jacket by staff at Valley Elementary School in Ogden, Utah because she violated Mormon scripture, which holds that females cannot show the balls of their shoulders while walking. The controversial rule has been battled by the faithful.

The school has since changed its dress code to target clothing that is "disruptive" but the same rules remain in place in neighboring districts.

The Mormon Church offers guidance to members regarding "modesty," which includes a long list of ways adherents can sew their commercial clothing to be compliant. Among the advice to women and girls is to "buy long boy’s shorts" and to "buy several long tank tops in different colors that you can tuck into your pants so your tummy won’t show with a shorter shirt."

A lawyer is demanding that the school review all dress code policies and agree to new rules that are gender neutral and free from any religious influence.