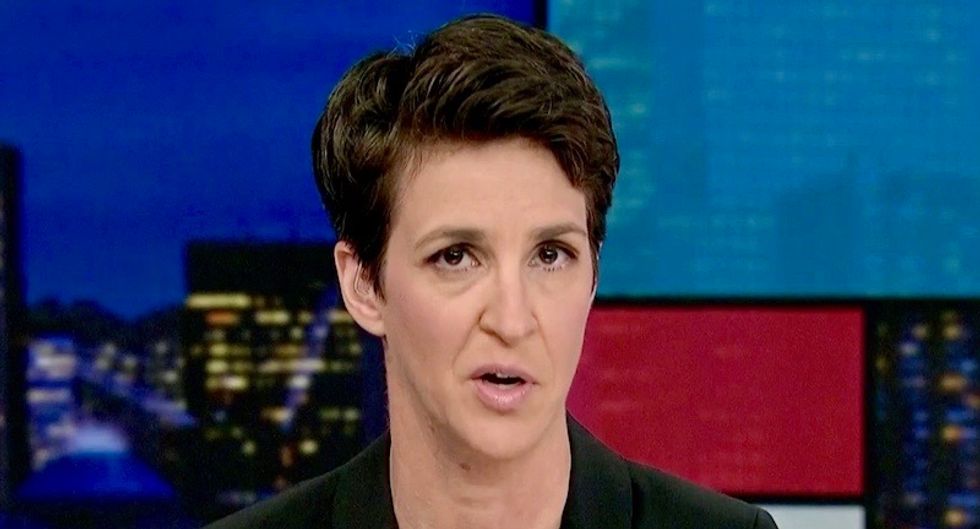 "This whole two week effort has been a calculated and orchestrated political hit, fueled with apparent pent up anger about President Trump and the 2016 election," Judge Kavanaugh claimed during the hearing.

Kavanaugh's entire defense hinges on a claim that the allegations were manufactured for political purposes. But Blasey Ford's timeline destroys that.

Blasey Ford wasn't trying to stop Trump from nominating someone, she was trying to get Trump to pick someone who didn't try to rape her.

"We now know -- attested to by both sides -- that Christine Blasey Ford came forward about Brett Kavanaugh when she found out Brett Kavanaugh was on the short list for the call," she reported. "She made her calls, she started trying to to alert the Congress about this alleged assault by Kavanaugh before he was picked for the Supreme Court."

"That is a big factual problem for the defense that was raised for Kavanaugh today," Maddow continued.