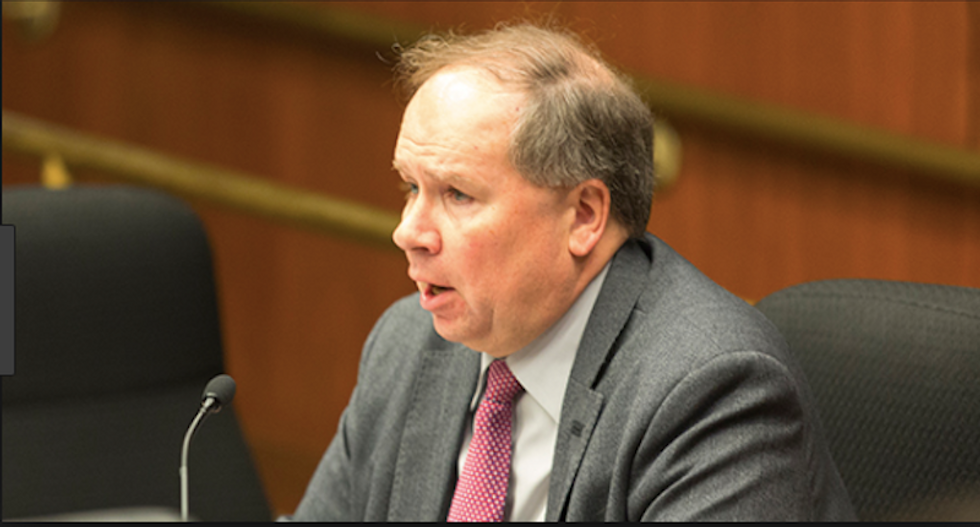 Knoblach's 23-year-old daughter Laura told MPR that Knoblach had touched her inappropriately for most of her life, with her first memories of the abuse beginning at age nine. She says she told authority figures at her school and at her church for years.

Knoblach denies the allegations, but his attorney says he's dropping out of the race because he "does not want to drag his family through six weeks of hell."

Laura told MPR News about the abuse and provided the station with documentation chronicling her efforts to get help.