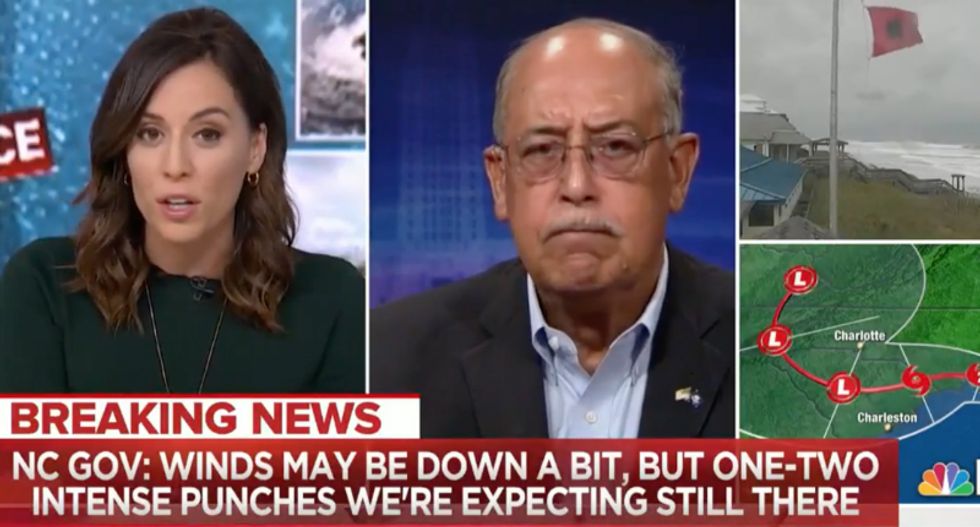 Lt. Gen. Russel Honoré, who led the government's response to Hurricane Katrina, had harsh words for President Trump on MSNBC this Thursday, disputing the president's tweets about the death toll from Hurricane Maria, denouncing his characterization of the victims, and declaiming his overall disconnect from his administration's failure to provide adequate relief to Puerto Rico. He wasn't impressed with the president's response to Hurricane Florence either, but nonetheless offered counsel.

"You should never blame the survivors or the victim of a natural disaster for attributing to anything that happened to them. That's just bad protocol," said Honoré. "Every first responder learned that when you go get someone who should have evacuated. You hug them. You try to praise the fact that they lived and you take them to safety. But never should we ever talk about those who survive a natural disaster as if they did something to cause this to happen to themselves."

The retired lieutenant general added that if he was Trump's "chief of staff, I would kick him on the ankle and say, 'look, focus on the future damn storm. Stop looking in the rear view mirror.'" The president, he said, should instead stick to "warning people to evacuate and that if the governors need something, the federal government will provide it."

But when host Hallie Jackson wondered why Trump seemed to be "struggling to take that advice", Honoré was flummoxed.

"I can't imagine. He wasn't born a politician, but he sure as Hell is acting like one, won't admit to nothing and deflects it," Honoré said. "I think that's something he needs to grow out of."

Honoré told Jackson that Trump has already "had his Katrina moment," referring to the 2005 hurricane that devastated New Orleans and left 1,800 dead in its wake. "It was called Maria, and the picture everybody will remember is those paper towels going out and throwing them. And oh, by the way, giving himself an A," referring to Trump's self-congratulatory assessment of his administration's leadership after that storm, which left nearly 3,000 people dead.

But Honoré also he was willing to give Trump a chance to "live and learn."

"Let's see if he can focus on Florence," Honoré said. "Stay off the damn golf course and cheer these troops on, who are on ships out at sea, flying helicopters and airplanes trying to get ready to come while their families stay ashore and have to evacuate separately."