Rod Rosenstein wanted to resign so he wouldn't have to testify about Trump to Congress: report 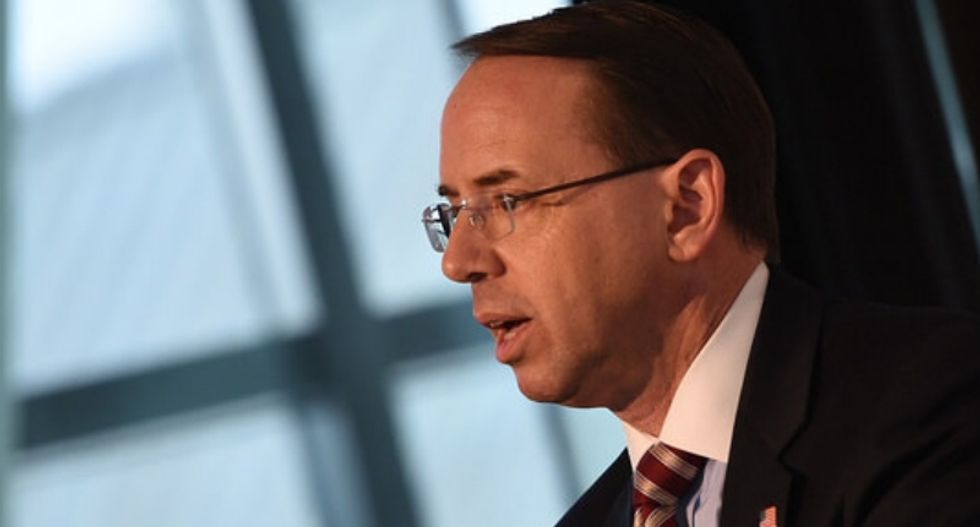 Deputy Attorney General Rod Rosenstein suggested resigning so he wouldn't have to testify to Congress about claims that he wanted to remove Trump from office.

According to Trump administration officials that spoke to the New York Times, the deputy attorney general became "convinced" that he should resign after that newspaper reporter that he floated wearing a wire with the president and invoking the 25th Amendment.

Rosenstein even offered to meet with Trump late on Friday afternoon, the report noted, but White House chief of staff John Kelly told him that wasn't necessary.

Nevertheless, Justice Department aides reportedly prepared over the weekend for the deputy attorney general's exit as he spoke again to Kelly and White House counsel Don McGahn about his desire to resign.

After reports emerged Monday about Rosenstein's potential resignation and journalists began calling the DOJ, officials "took the inquiries as evidence that the White House wanted to speed along that outcome," the report added.

"Mr. Rosenstein and Ed O’Callaghan, his top deputy, raced out of the building and headed to 1600 Pennsylvania Avenue for what they expected to be the final word," the Times reported. "Justice Department officials told reporters that Mr. Rosenstein expected to be fired upon arriving there."

Upon arrival, the deputy attorney general was "emotional" and wanted to part amicably with Trump to avoid "an angry Twitter tirade," the report continued.

McGahn pointed him to Kelly, who was, according to two officials familiar with the discussion, "conflicted" about what to do. He then had an "extended" discussion with the president.

Read the entire report on Rosenstein's chaotic day via the Times.