Ronan Farrow has the long-rumored Donald Trump tapes from The Apprentice: report 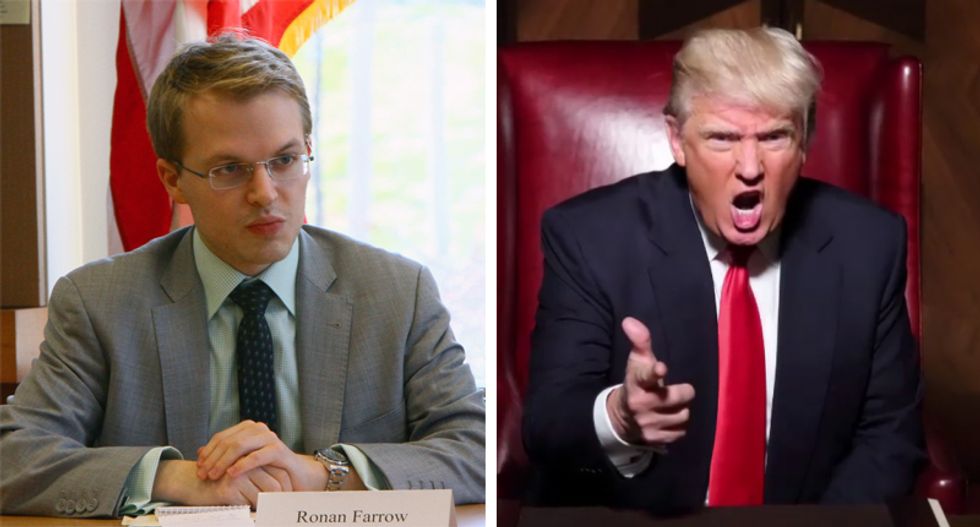 Composite image, Ronan Farrow via the US Embassay in Kyiv, Ukraine and Donald Trump screengrab from "The Apprentice"

Investigative journalist Ronan Farrow reportedly has possession of Donald Trump tapes from when he started on NBC's "The Apprentice," Page Six, MSN and Deadline reported Monday.

The tapes reportedly document Trump using the N-word and calling his son Eric Trump an R-Word.

"Discussing last night’s incident with a group of party attendees, we hear an excited Arnold was asked if he actually had any Apprentice tapes of Trump and answered in the affirmative. He said they had been “handed over” to New Yorker journalist Farrow on Sunday," Page Six reported.

The two then allegedly scuffled.