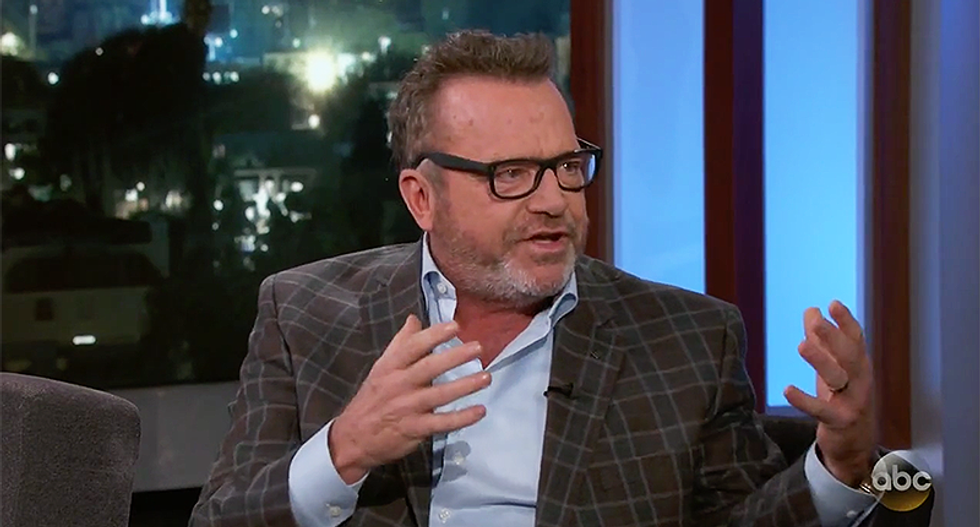 Actor and comedian Tom Arnold said Wednesday that he knows with certainty that a tape exists of Donald Trump saying the N-word, as well as other horrible things.

In an interview with Jimmy Kimmel, Arnold said that he has known Trump for 30 years and that the president was always begging him to do "The Apprentice."

"It is such a crappy show that I wouldn't do it," Arnold said. "Like, that is for real. That says a lot. Because I do everything."

When it came to the infamous N-word tape, Arnold said that he has seen it and knows the people who have it.

"I've seen this compilation tape," he said. "If you're on one of these reality shows -- there's compilation tapes of me doing horrible, disgusting things. Of course, I do horrible, disgusting things, but I'm also not running for president. I remember this tape I saw, and I described it exactly. He says the N-word, he calls Eric the R-word. Now they call it the N-word tape. I have friends that worked on that show, and I explained it exactly."

He said that he's been talking about the tape and some have called him a liar. However, two people have not: Donald Trump and former producer Mark Burnett. There's a reason for that, according to Arnold.

He went on to explain that Burnett is on the MGM board and that he and other board members are worried about the scandal involving these tapes. According to Arnold, the FCC requires that any conversation between a producer and host be filmed, because "The Apprentice" was technically a game show. So, MGM has tons of footage of Trump saying any manner of obscenities.

He doesn't expect the tape to become public unless someone other than Burnett finds it and releases it. Burnett, according to Arnold, is "Trump's best friend" and will do whatever he can to help.

The comedian rattled off the president's political atrocities from the birther movement to the immigrant children in cages and said that those at MGM could help bring down Trump, but they won't.

"Mark Burnett could do something. He does nothing," Arnold said.