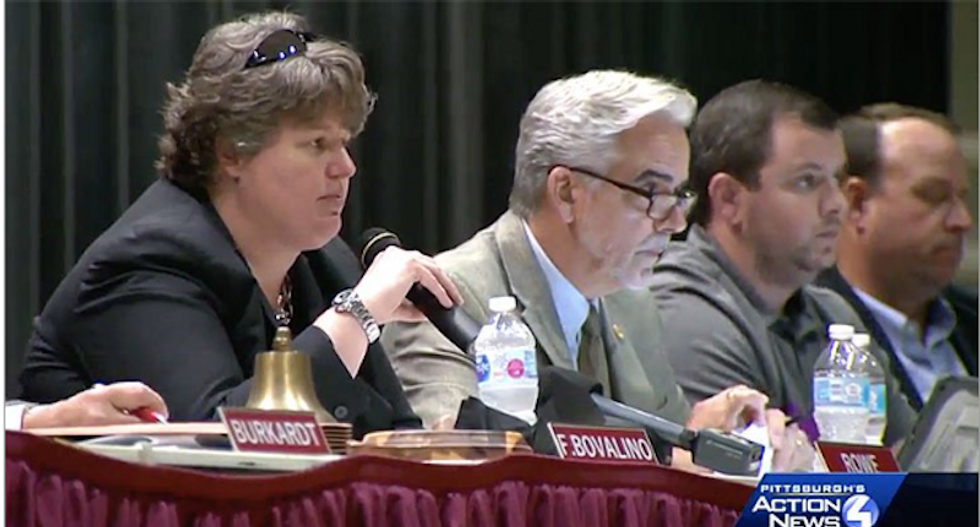 Under pressure from a Christian group, a Beaver, Pennsylvania school superintendent came out in a dramatic school board meeting Monday night.

The Christian group had smeared her as "firing Christians to push a homosexual agenda," reported Pennsylvania’s The Times. In response, Carrie Rowe announced her sexual orientation, despite pointing out that her personal life did not impact her work.

“I’m gay,” she said. “I wanted to say that straight away because it’s likely the reason many of you are here tonight.”

She noted that her sexual orientation has nothing to do with her job.

“I have worked in education for 20 years and in that time, I’ve never addressed my personal life because [being gay has] never been relevant to my job. To be honest, it’s still not relevant, however, there is a very vocal minority in this community who have decided to take my sexuality and use it as a cudgel against me.”

She noted the importance of not retreating in the face of threats by anti-gay Christian groups.

“I care about this district and all our students and I care too much to remain silent any longer,” Rowe said. “As your superintendent, I tell you, no matter who you are, who you love, where you worship, if you worship, what your racial background is, what your disability status is, you have a safe space here. I will make no room for hate.”