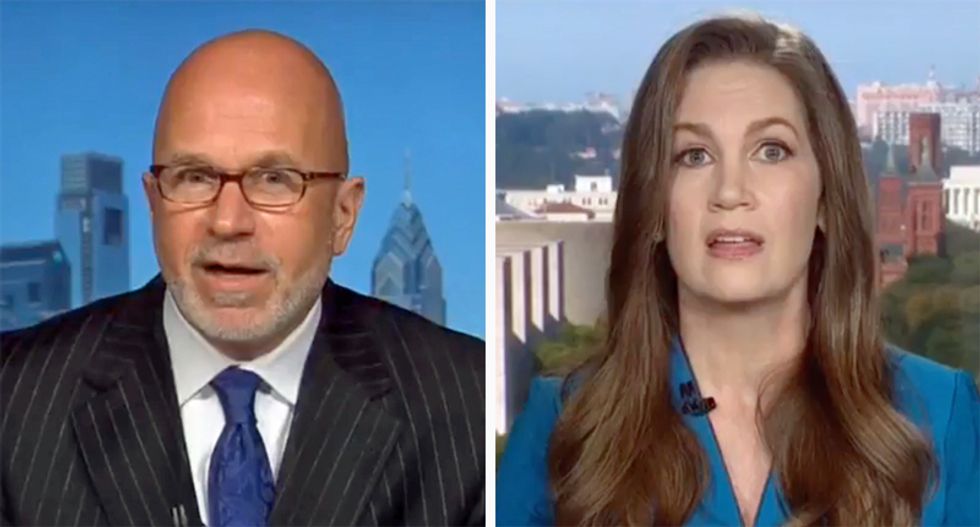 The spokesperson of the conservative Judicial Crisis Network, which is running ads backing the nomination of Judge Brett Kavanaugh, disregarded any conclusions the latest FBI investigations may show during an interview with CNN's Michael Smerconish on Saturday.

"Do you worry that you'll win the battle but lose the war?" Smerconish asked. "In other words, okay, he gets confirmed but you have so incensed Democratic opposition that it will that it cause big blue wave in the November midterms."

"We did polling Thursday night that showed the support for Judge Kavanaugh was up after the hearing," she argued.

"Can you and I agree that Joe Manchin (D-WV) and every other senator ought to be withholding judgement until we see what is the end result of the FBI probe?" he asked.

"The result of the FBI probe is that the Democrats want delay, delay, delay," she claimed, despite the probe being requested by Sen. Jeff Flake (R-AZ) and ordered by Republican President Donald Trump.

"Wait a minute. Respectfully, I think your bias is showing," Smeconish interjected. "You're telling me, essentially, you will not accept the outcome of the FBI probe, I know the rules, I know they don't come can to a finding, but if in fact they show something that corroborates Dr. Ford's account, if there's some finding problematic for Judge Kavanaugh, will you be unaccepting of that?"

"I base my opinion -- and so does my organization -- on the facts," she argued.

"I believe that there's not going to be more evidence revealed in this FBI investigation," she assumed.