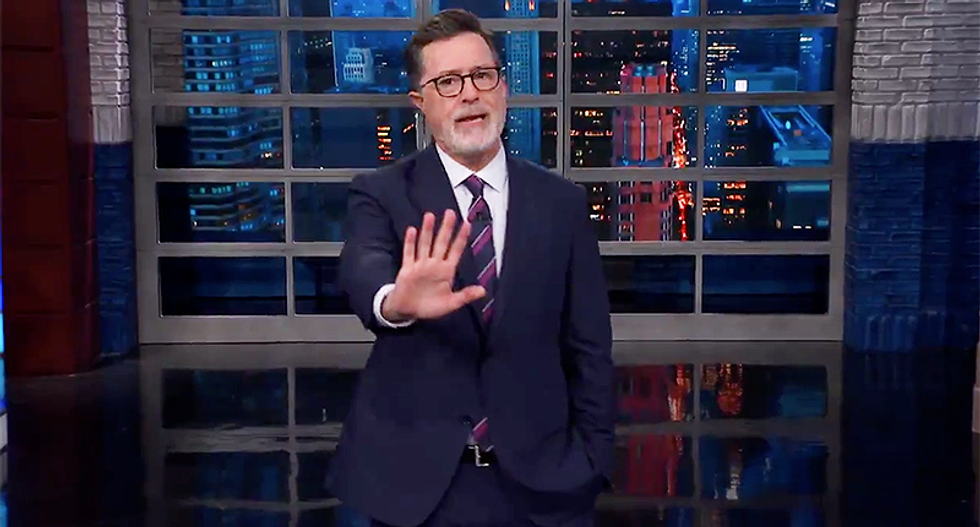 In a person-by-person takedown, the “Late Show” host eviscerated the dismissals pro-Kavanaugh activists are hurling at Dr. Christine Blasey Ford.

Republicans began by trotting out 65 women who verified Kavanaugh was a good guy in high school. Oddly enough, after the accusations, many of the women pulled away. It prompted Colbert to wonder what high school boy could possibly know 65 women. As an old married guy over 50, he said he knows only five and one he’s married to, while another is on a cereal box.

“Yeah, who knows what kind of youthful hijinks Grassley was up to when he was a 49-year-old senator,” Colbert recalled.

When it came to Sen. Orrin Hatch (R-UT), whom Colbert called a “murderous puppet,” the retiring senior citizen said Dr. Ford was “mixed up.” He didn’t want to call her a liar, he explained, before calling her a liar.

“Yeah, she’s mixed up,” Colbert said. “You know that thing where you remember being the victim of a violent sexual assault and you remember that there was a witness there and you talk to your therapist and your husband. Then before the guy is a nominee you write a letter to your Congresswoman and she forwards it to your senator. You take and pass a polygraph test and then later it turns out your glasses were on the kitchen counter.”

When it came to the Judicial Crisis Network calling Kavanaugh’s alleged assault “rough horseplay,” Colbert wondered what that means Kavanaugh has been doing to horses all these years.