Stephen Colbert mocks Trump for only praising Kim Jong Un in UN speech: 'Putin is going to be jealous!' 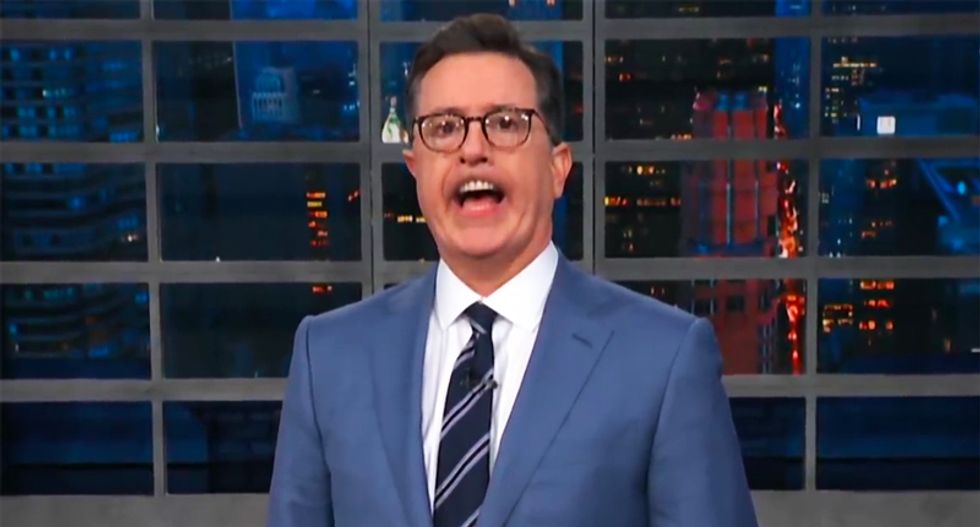 A beardless Stephen Colbert began his Tuesday episode of "The Late Show" with another golden showers joke about President Donald Trump.

President Donald Trump had a rough day at the United Nations as world leaders literally laughed at him. It began by the president of Ecuador being forced to take Trump's place speaking second because Trump was late.

"Come on!" Colbert said. "You know what traffic is like during UN week. Just take the subway. Sure it smells like pee, but rumor is, you like that!"

But it was when it came to Trump being outright laughed at, Colbert joined in the humor.

“Don’t worry, Mr. President, they’re not laughing at you,” he said to Trump during Tuesday's show. “They’re laughing with each other at you.”

The humiliation was passed off by the president as wholly intentional. It was not, as evidenced by his use of the statement during campaign rally speeches.

The CBS host showed a selection of videos in which Trump said the whole world was laughing at the United States but that they wouldn't be when he was president.

“So, how’s that going?” Colbert asked.

Watch a clip below: