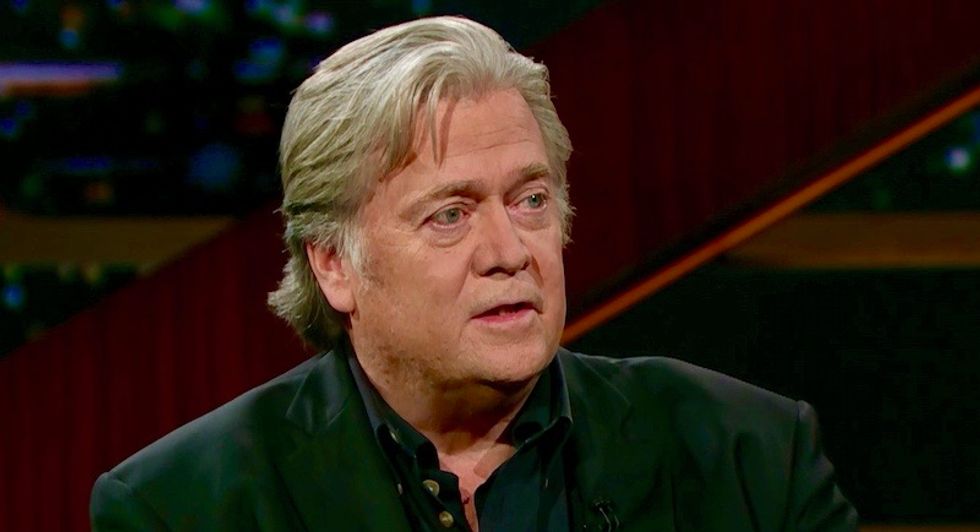 Former Trump adviser Steve Bannon was famously bounced from the New Yorker's festival, but was still welcome on HBO's Real Time with Bill Maher, where the host grilled him on "populism" and the sanity of his former boss, President Donald Trump.

Maher introduced Bannon is a kingmaker—which Bannon bristled at.

"Steve, I don't want to get into this. But, first you were crazy about Sarah Palin and then you were crazy about Donald Trump," Maher said. "You look for morons who are empty vessels that you can put your ideas in. Every single person in that administration has called him an idiot. That's what you look for—I get it."

Bannon said that if Republicans lose the House of Representatives Trump will be impeached. But if he survives, there will likely be a three-way race in 2020.

Maher said that he wanted to pick Bannon's brain on the Democratic Party's 2020 field. Bannon said he's impressed by Michael Avenatti, who he thinks could go toe-to-toe with Trump.

"He's got a fearlessness," Bannon said. "And he's a fighter. I he'll go through a lot of that field, if he decides to stick with it, like a sieve through grass."